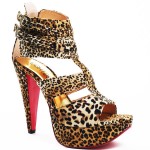 Wow, I've been out of touch with the happenings of Day 26!  Last month, the group ended their relationship with Bad Boy and consequently Diddy who hand picked the group through the MTV "Making The Band" reality series.  The group is now with Atlantic Records.  This morning, I read that Day 26 has officially dropped Que from the group. Here's his video response. He starts … END_OF_DOCUMENT_TOKEN_TO_BE_REPLACED