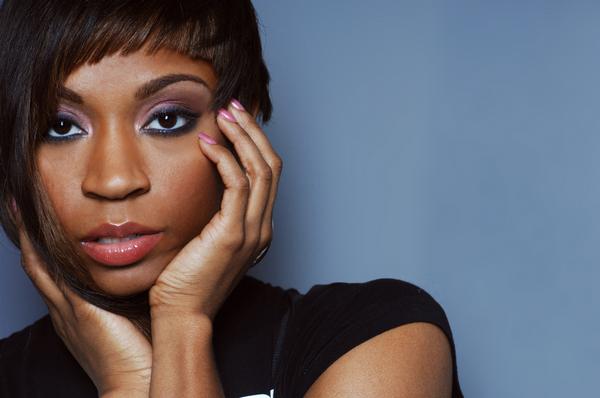 November 20, 2009, New York, NY– Platinum-recording artist, songwriter and actress, D. Woods, is truly a triple threat entertainer and is one of the entertainment industry’s quickest rising young stars. She became a familiar face on Diddy’s “Making the Band 3” which went on to create the five-member pop/R&B girl group sensation, Danity Kane. Their first self-titled album debuted in late 2006 at #1 on the Billboard charts selling 234,000 units in the first week and was eventually certified Platinum. Danity Kane’s sophomore album “Welcome to the Dollhouse” debuted in 2008 at #1 on the Billboard Charts, making Danity Kane the first female group to have two #1 debuts for their first and second albums. “Welcome To The Dollhouse” sold over 500,000 units and spawned the hit single “Damaged,” which sold over 2 million digital downloads.

Showing her true versatility, D. Woods is no stranger to the silver screen, D. Woods made a cameo in the 2007 box office smash “Stomp the Yard” starring Columbus Short, Meagan Good, Ne-Yo and Chris Brown and recently completed filming her next movie, “We Are Family,” which will be in theaters in 2010 and stars actors Monique Coleman, Christian Keyes and Chyna Lane.

On October 14, 2008, in one of MTV’s most-watched episodes, Danity Kane, much to the chagrin of their loyal fans, was disbanded and D. Woods left the group to embark on the next and greatest chapter of her career; as a solo-artist. No longer confined to a group-setting, D. Woods is free to exhibit her creative style and pop sensibilities through her recent distribution deal inked with Bonzi Records/Fontana (Universal Music Group).

D. Woods’ solo debut album, “My Favorite Color,” will be released on April 27, 2010 on her own label, Woodgrane Music, but before its release, she will be giving back to her fans with the release of “The Gray Area Experience” EP, which features new and exclusive material. The first single from the EP will be “Legalize Me” releasing on December 8, 2009, along with a music video to support. Along with the release of “The Gray Area Experience,” D. Woods will also invite her fans to submit their personalized videos for an opportunity to win “A Day With D. Woods” online contest.

“Over the past year, I’ve existed in one of the most awkward situations yet in my life; my own little “Gray Area.” I look forward to what the future has in store for me,” says D. Woods. Visit www.missdwoods.com or www.bonzirecords.com for updates and D. Woods music and news.

D. Woods – “Legalize Me” (Official Video) from MOTIMEDIA on Vimeo.