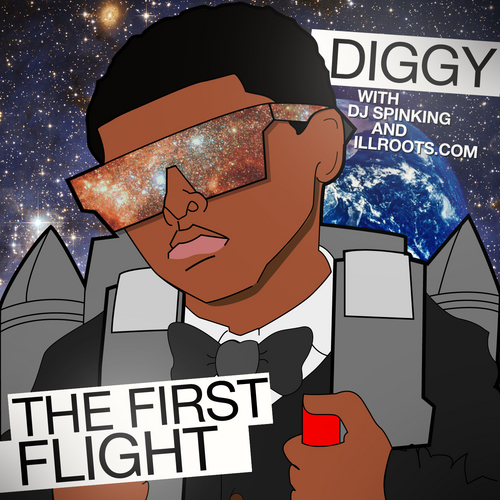 At 15 years young Diggy Simmons is already carrying on the family legacy and talent when it comes to hip hop and fashion.  On December 2, 2009, Diggy released his mixtape “The First Flight.”  While this is a debut album, as I listen to it (listening now for the first time), Diggy sounds like no newcomer to the game.  It’s well produced and Diggy has a well honed rap flow.  His rhymes are over tracks infused with taste of jazz and RnB.  I’m glad Diggy didn’t try to thug it out because that would not been believable for a kid born with a silver spoon in his mouth…or as his debut single says a “Point to Prove.”

Diggy had this to say about his mixtape…

I worked really hard on this tape independently. It was originally set to come out on Black Friday but I’m just trying to put my best foot forward because I already feel a lot of people don’t believe in my project. So I’m gonna go hard the first time instead of asking for forgiveness my second. It’s a well rounded mixtape hitting every demographic.

If you ever watch “Run’s House” on MTV, you know Diggy has his own swagger. You can get a sense of that from checking out his blog Life of a Jet-Setter.

Diggy’s album “The First Flight” can be downloaded FREE via datpiff or Limelinx.

You can download Diggy’s single “Point to Prove” FREE by clicking HERE.