You are here: Home / ifelicious tv / Stars of the hit reality show “Josh and JB in the Industry” are currently on their US tour to encourage students to stay drug free 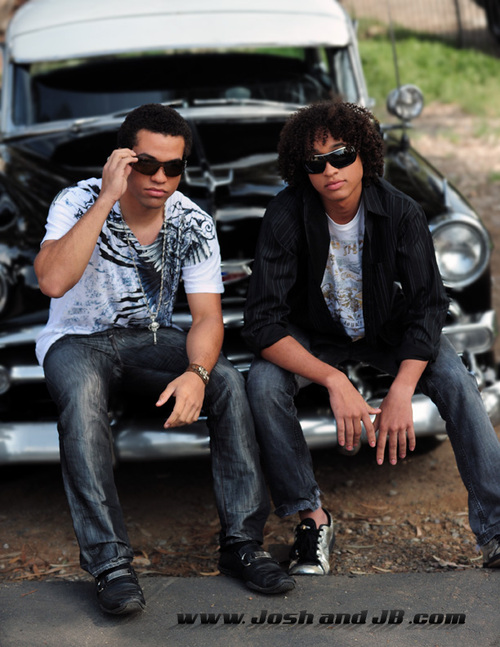 November 2, 2009. Los Angeles — Josh and JB, rising stars of the syndicated hit reality show, “Josh and JB in the Industry“ are on a US tour as role models sharing their message of achieving high goals in life and staying drug free.

Touring since September of 2009, Josh & JB have stirred up fan mania among elementary and all the way up to high school level kids. The unique blend of performing and speaking directly to the kids encourage students to stay focused and positive throughout their journey of adolescence. Being that the Welch boys are so young in age, 16 and 20 to be exact, with achievements way beyond their years. Their story will help encourage other kids to reach for the stars and maintain a drug free lifestyle. The fact that the by 2010 the Welch will reach millions of kids both on TV and online and in live school programs. They will be expanding their program to the East Coast, West Coast and The Midwest this winter and spring. The Welch boys are also working with the Red Ribbon program, which is the oldest and largest drug prevention program in the nation reaching millions of Americans. As an added incentive to participate, Josh & JB will also generously donate 100% of their proceeds earned through their school tours, to benefit the schools’ art program. Josh & JB, along with their advisers, will pick the best student and teacher team from across the US to be on the television show.

Josh and JB know how important it is to have mentors and incentives to stay on the right path. ”The help and guidance we have received from our mentors has made all of the difference in our own careers. Naturally, we want to pay that forward,” they stated.

To participate in the program, students and teachers can visit http://www.joshandjb.com.

About Josh and JB

Sounds of a new generation Josh and JB write their own music and sing in their group. A unique sound with a mixture of pop and rock, and they have also incorporated a bit of their multi-ethnic culture into certain songs. True entrepreneurs of their own kind. The guys are currently inside the studio finishing up their album, with award winning producer Andrew Lane, who won a Billboard Music Award for “High School Musical.” “Josh and JB in the Industry,” debuted June 29th in 140 markets through out the U.S. The show is airing in 29 countries in Europe and the Caribbean. The show will take on a new life when the 11 episodes begin airing November 7th on Colours TV and on two channels on the Dish Network.

Peep the video for their hit single “Gravity”

Josh and JB in the Industry show intro

Their show is syndicated and airs on CBS as well as 53 other countries around the world, but you can also watch full episodes online on TV.com.

(LINK) Josh & JB in the Industry full episodes on TV.com