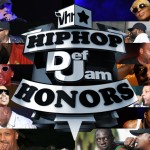 TAPED FROM THE BROOKLYN ACADEMY OF MUSIC (BAM), HOWARD GILMAN OPERA HOUSE IN BROOKLYN, NEW YORK “30 Rock’s” Tracy Morgan Returns as Host for the Third Time to Commemorate One of the Greatest Record Labels of Hip Hop NEW YORK, NY, June 2, 2009 – Back for its sixth year saluting the best in hip hop, VH1’s Hip Hop Honors 2009 will celebrate the achievements of one of hip … END_OF_DOCUMENT_TOKEN_TO_BE_REPLACED 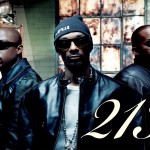 As I mentioned in my post "Warren G: Catching you up to his latest release of 'The G-Files'" it seemed as if many of you were like me and did not know why Nate Dogg had faded from the scene in the past few years.  That was one of the first questions I asked Warren G when we spoke. Ifelicious: I put it out there on Facebook and Twitter that I would be talking to you and so … END_OF_DOCUMENT_TOKEN_TO_BE_REPLACED 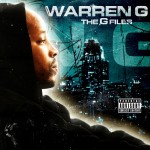 (UPDATED 3/19/2010: Added more from interview with Warren G. Still more to come!) If the name Warren G rings a bell to you, you will likely go back in your mind to the year 1994 when the hit track "Regulate" that Warren G and rapper friend Nate Dogg was topping the charts.  As I prepared for this interview, I recognized that Warren G had lost a lot of his mainstream fan … END_OF_DOCUMENT_TOKEN_TO_BE_REPLACED

(New York, NY:  October 20, 2009)  Celebrities and athletes came out to the Big Apple to celebrate at the Liris Crosse Birthday Celebration hosted by Paul Pierce and the Boston Celtics sponsored by Hennessey Black on Monday, October 19, 2009 at Marquee in the fashionable meatpacking district in New York City. Model/Actress Liris Crosse arrived at Marquee shortly after … END_OF_DOCUMENT_TOKEN_TO_BE_REPLACED

First of all, I don't what the show's ratings have been, but I'm surprised to see it go on to a second season.  I like Whitney, but she's boring to watch on tv as a featured "actress."  Olivia kept the show going last season and she's back now working for Elle magazine while Whitney works part-time at her old haunt People's Revolution and is starting her own clothing line … END_OF_DOCUMENT_TOKEN_TO_BE_REPLACED