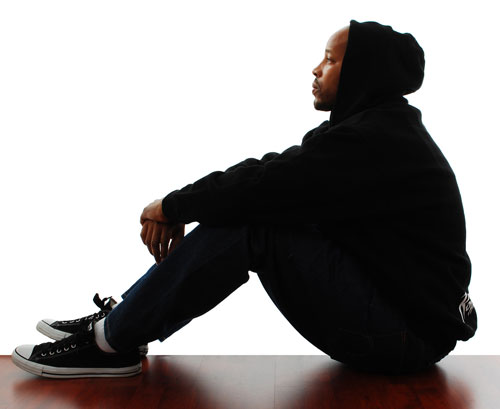 A few weeks before I spoke with Warren G, Vanity Fair had released an article “Q&A: Warren G Does Not Recommend Investing in Citigroup or the Crips” back on September 25, 2009.  With an article title like that, there’s not much room for anything but stirring controversy, and that’s exactly what happened.  To me, before I even read the article title or author, my mind immediately went to “this was definitely written by some snotty-nosed white guy who just regressed back to 12th grade when he may have found Warren G’s music kind of cool amongst his prep school friends.”  I don’t understand what Vanity Fair or author Eric Spitznagel (see, I bet I wasn’t far from the truth) was trying to accomplish in this article.  Financial advice?  Crips?  It made a mockery of hip hop and Warren G including references to his new album “The G-Files” to support a stupid argument about his perception of the hip hop lifestyle. I mean, what prompted Spitznagel to ask the clarifying question ,”Wait, are we talking about guerrillas with a ‘ue’ or gorillas like the primate?”

I was pretty bored, insulted, and perplexed through most of the article…until a curve ball came from nowhere.

Spitznagel:  There seems to be two radically different factions in hip-hop regarding money management. On the one hand, you’ve got Lil’ Scrappy saying “Got a bank account (cha-ching) with a large amount/ If a nigga wanna talk, nigga we can let it bounce.” But then there’s P-Diddy bragging about poppin’ bottles of Cristal and decorating his pad with colossal Picasso’s. What’s your stance? Do you believe in saving your money for a rainy day, or blowing it on champagne and Cubism?

G:  I think you should save the money for your kids and grandkids and stuff like that. But it ain’t really a bad thing to party every now and again. If you’re makin’ a lot of money, there ain’t nothin’ wrong with partying and makin’ yourself feel good and enjoying what you worked hard for. I ain’t mad at those artists rappin’ about money. But I also think we gotta teach these kids that money ain’t what it’s all about. You gotta start being a businessman or a businesswoman. Instead of just poppin’ open bottles of Cristal, we should be teaching them about business and stuff like that. I don’t just mean in terms of the hip-hop community. I mean blacks, whites, Latinos, everybody. As a generation, we need to start leading these kids down the right path. I mean, I ain’t against the gays or nothin’.

Spitnagel:  Wait, what? You had me until the “I ain’t against the gays” part.

G:  I ain’t against gay people. I’m just against it being promoted to kids.

Spitznagel:  I’m sorry, I don’t follow. What does the recession have to do with gay propaganda?

G:  I know people that’s gay. My wife’s got friends that are gay. I got family that’s gay. Cousins and shit. He cool as fuck. He cool as a motherfucker. He’s my homie. I just mean that on some of these TV shows, they got dudes kissing. And kids are watching that shit. We can’t have kids growing up with that.

Spitznagel:  So you’ve got a “pot leads to heroin” theory about Hollywood homosexuality? Today there are men kissing on network TV, and tomorrow Grey’s Anatomy is all about mouth rape?

G:  I know it happens, but let’s keep it behind the scenes. Ain’t nothin’ wrong with it if that’s what two dudes wanna do. Cool. But that’s not bring that out into the world, where the kids can see that. We don’t want all the kids doing that. ‘Cause that ain’t how we was originally put here to do. Like I said, I ain’t got no problem with the gays.

Spitznagel:  Not to downplay the gay media conspiracy, but I think more people about concerned about the corruption on Wall Street. From Madoff to AIG, it doesn’t seem like there’s anybody we can trust. In this financial climate, does it make more sense to invest in Citigroup or the Crips?

Assuming this is exactly how the interview flowed, it really did seem like Warren G came out of left field, unprovoked, to offer his opinion about exposing his own kids to homosexuality.  I received an email from one of my Facebook friends inquiring about his statement and decided to follow up.  Little did I know, I hit a nerve that lit a fire under Warren G, and for about half of my allotted interview time, I could not move him past this subject.

In short, Warren G feels he made an honest statement based on his own beliefs and is not deserving of the negative reactions he has received from those in the LGBT community or anyone else who read the Vanity Fair article (or heard about it) as was offended.  Below are some excerpts from our discussion (more a Warren G moment with me listening, LOL) on this subject.  You’ll see that Warren G even flips the script in my direction at one point. I chose not to edit out that part, knowing it might subject me to some criticism as well, but my intention was to keep the interview focused on Warren G and not on my personal views about homosexuality.

Ifelicious: I read the article in Vanity Fair, so we’ll go there for a bit and then round it out on the good stuff…Do you have anything to say to members of the gay community that are offended by what you said in the Vanity Fair article?

Warren G: What are they offended about?

Ifelicious: I got an email asking why you were opposed to being gay? Do you think your statement just reflects your opinion?

Warren G: What? Because I said I wouldn’t teach my kids or the youth that’s coming up now to be gay?

Warren G: Hell no, I wouldn’t teach them to be gay.

Ifelicious: No, you do not see that.

Warren G: Ok then, but you see it on MTV and the other little channels and stuff like that. That shit ain’t cool. Not MTV, but Logo.

Ifelicious: Ya, that’s one of MTV’s channels. So your thing is that as far as your own personal view and as far as what you want to expose your children to is, “I’m not going to have them watching those channels.”

Warren G: At all because that’s not right to me. I mean two dudes kissing. Is that normal to you?

Warren G: But I’m saying, would you do that?

Ifelicious: I would just explain to them that this is my life.

Warren G: I’m not bashing these people at all…I’m not a gay basher, I’m not into that shit…I don’t see nothing wrong with what I said…If they got a problem with that, then tell them to come see me…I’m just letting you know. I’m not a mean person or whatever. I’m not a bad person because I said what I said…I got family that’s gay, too, and they cool as fuck, and will whip ya’ ass if ya’ trip with ‘em…

…Now if I had a kid that got older and he became gay. You know, I mean, hey, if that’s the way life turned him, then that’s just what it is. I ain’t gonna disown it.

Ifelicious: We’re going to change gears altogether. ‘Fugget-about-it!’ because it sounds like you’re still fired up about it.

Warren G: You done brought the hood up out of me. You know what, it just still pisses me off that we’re even still talking about this because all these muthafuckas that hit my email…Now, they’re worse than me. They hit me talkin’ shit, callin’ me names and all kind of shit, you know, behind a muthafuckin’ computer. When I do a concert, you come to that muthafucka, and I guarantee you guys will want to come to another one…muthafuckas be threatenin’ me and shit. They can kiss my muthafuckin ass. I said what I said, and that’s what I meant, and other than that, if they got a problem. Fuck ‘em…Now let’s move on.

Ifelicious: I understand. I get fired up about stuff especially if you feel that you’re being misrepresented or people are coming at your character.

Warren G: Ya, they’re coming at me the wrong way, and that ain’t good.

There you have it. I’m sure what I printed should answer any questions you have about Warren G’s position.