You are here: Home / ifelicious music / Warren G: Catching you up to his latest release of “The G-Files” 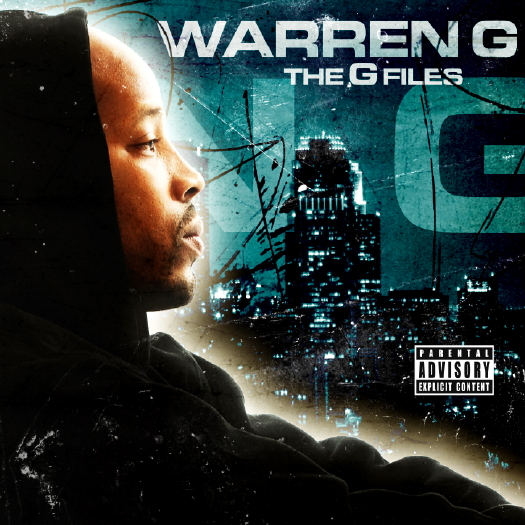 If the name Warren G rings a bell to you, you will likely go back in your mind to the year 1994 when the hit track “Regulate” that Warren G and rapper friend Nate Dogg was topping the charts.  As I prepared for this interview, I recognized that Warren G had lost a lot of his mainstream fan base because many of the questions on Twitter and Facebook were asking where he’s been.  Hopefully, through this and the next few posts focused on Warren G, you’ll get reacquainted and fall back in love with his signature G-Funk music over again.  For those of you who were fans through it all, fist bumps to ya, would love to hear your thoughts.

Back in the early 90s, the hip hop scene was definitely divided between east and west coast rap.  You liked one or the other.  Tupac or Biggie.  Knowing that and realizing that Warren G had signed to predominantly east coast record label Def Jam at the time while most of his counterparts in the west were signing to Death Row Records, it showed Warren G was willing to do the unconventional.  He also performed under the name 213 (named after his Long Beach area code) with his long time friends Snoop Dogg and Nate Dogg.  In the early 90s, Warren G, his older brother Dr. Dre who was with NWA at the time, Snoop Dogg, and Nate Dogg were among the west coast rappers dominating the rap scene, and you’ll find traces of one another on their respective albums at the time and over the years.

To date, Warren G has released 7 albums including one that reunited long time friends Nate Dogg and Snoop Dogg under their name 213 that went Gold back in 2004.  His most recent work “The G-Files” was released on September 29, 2009 and is available for download on iTunes.

Warren G:  It’s been cool.  You know, just working on this album, promoting, and pushing it, you know, trying to make it happy.

Ifelicious:  You produced the whole album yourself, right?

Warren G:  I produced the whole album except for one track called ‘Truth Star’ which is produced by THX, a very talented producer that I like, and he came and played some dope tracks.  I liked what he was doing so I got the track.  As far as the record, the record is a record you can dance to, smoke to, ride to.  I mean it’s not a stressful record.  It’s an easy going record.  I mean I’m not trying to stress people out in these hard times.  I’m trying to make people feel good.  That’s what the record is about.  It’s got a lot of great artists on there.  I got Snoop, Raekwon, Nate Dogg, RBX, Travis Barker, Ray J, you know, a bunch of new artists Blac Nicc, Holla, Badd Lucc, Juney Boy, BJ, Christian Davis, Trevor Wesley.  Those are all the guys I collaborated with on this record, and I feel it’s a great record.

Ifelicious:  I saw that you have some performances coming up.  Is it a part of a tour?

Warren G:  Ya, it’s a tour.  It’s a promo tour.  You know, it’s more of a club circuit, but hey, I’mma go out there and give it to these people live and in full effect…because you know people…they hear my records all the time but they never get to see me.  This is giving all the true fans the chance to come see me get in there and do my thing, and perform live for them and have a good time.

I have the the album and have listened to it quite a bit over the past month or so.  Warren G maintains his signature G-Funk style but there are a few tracks on the album where he goes a little more mainstream with his sound.

Warren G:  Like this new independent record, it’s, you know, I can’t cater to everybody.  I can’t say ‘well, ok, this is what it is that i’m gonna strictly do.’  The same shit I’ve always been doing on every record.  You know, you gotta expand.  You gotta grow, and I tried different things on this record.  You know, as far as like ‘Swagger Rich’ the one I did with Snoop.  It’s more of an electro hip hop record, but it’s still G-Funk style, but I did something different.  On the radio, out in Los Angeles right now, that’s all you’re hearing is electro hip hop.  You not hearing just straight west coast hip hop…That’s all I’m hearing so then my ear starts catering to that.  So I did do a record that was kind of like in that vibe but I still got that real G-Funk shit that I do.

More with Warren G to come…