from Associated Press... LOS ANGELES – Reality TV junkies are facing a cold truth: The Fox Reality Channel is wrapping up its four-year mix of new and repeat programming next spring. The channel will end operations on March 31, Fox Networks Group said, although its library of programs may continue airing for an unspecified period. Fox Reality Channel was profitable but … END_OF_DOCUMENT_TOKEN_TO_BE_REPLACED 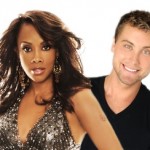