No, this wasn’t a fancy album release party with a red carpet and full of fancy celebrities.  This was for the fans.  The people who listen to, buy, and support Ghostface Killah‘s music.  I respect him for doing such a show at the time of his album release for “Ghostdini: Wizard of Poetry in Emerald City.” 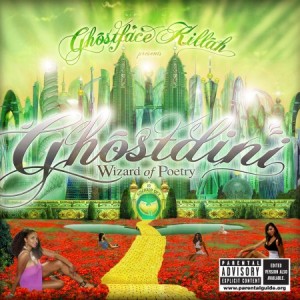 Myspace.com, Digiwaxx (www.digiwaxxmedia.com), and Socialight Entertainment (www.socialightent.com) presented Ghostface Killah in concert on September 30, 2009 at the Hiro Ballroom in New York City.  Ghostface just released his latest album “Wizard of Poetry” on September 29, 2009 and the concert also celebrated its release.  On what was the coldest night of the Fall so far in New York City, it was hot inside Hiro Ballroom with a sold out crowd who came to show love for one of their Wu-Tang Clan favorite members.

Jasmine Solano (myspace.com/jasminesolano) kicked off the night’s performances reminding everyone that the ladies are still holding their own in the rap game.  She spent the summer performing on the Rock the Bells Tour (guerillaunion.com/rockthebells)that included hip hop artists like Common, Nas, and The Roots.  New York is a tough crowd and people were anxious to see Ghostface, but Jasmine’s rhymes brought the focus to her moment on the stage.

Next up was Beatnick and K-Salaam (myspace.com/ksalaammusic), who originally got together in their home state of Minneapolis and brought their sounds out east as a dynamic beat-making duo.  Taking the indie music scene by storm, they have released several free download projects such as “Where the Streets have no Name” (Free download “Where The Streets Have No Name”) and most recently “Never Can Say Goodbye” (Free download “Never Can Say Goodbye”)  They have quickly been turning heads with their instrumental tracks and mixtape compilations.  Last night was no exception.  The crowd just vibed out to their instrumentals, beats, and turntables. 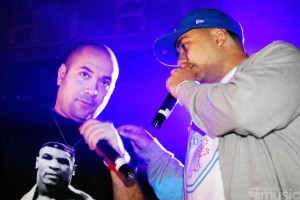 Hot 97‘s (www.hot97.com) weekday morning show personalities Cipha Sounds (myspace.com/ciphasounds) and Rosenberg (www.rosenbergradio.com) took the stage to provide the formal introduction for the night’s main event Ghostface Killah (K Foxx was hanging out, too)!  The crowd went wild when Ghostface finally took the stage.  What’s a concert without waiting for the headliner??  Ghostface also lined up several guest performers to come onstage with him from the Wu-Tang and extended family that included Papa Wu, Redman, Kid Cudi, Raheem DeVaughn, Jadakiss, U-God and more.  It was hip hop heaven at Hiro Ballroom last night!  Wait a minute, yes, there was a fight, but I’ll let you check my related links and read the dirt.

If you follow my blog, you know how I do!  This is the official recap.  Stay tuned for my personal journal from the night.