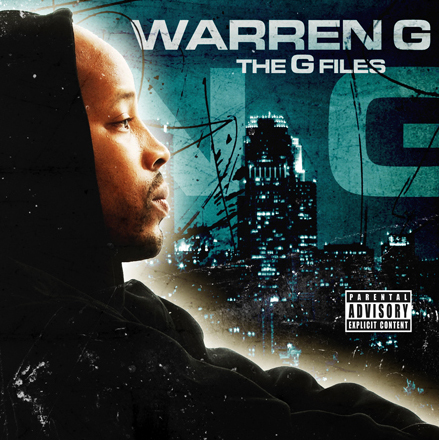 After 10 million albums sold worldwide, Warren G’s seventh studio album, THE G FILES, will be released on September 29th. Self-produced and packed with all-star talents including Snoop Dogg, Travis Barker, Ray J and many more, the current single, “100 Miles and Runnin” featuring Raekwon and Nate Dogg is quickly making its way on to radio stations across the country.

In support of THE G FILES, Warren G will be headlining a 21-city national tour that kicks off with his record release party on October 1st at the Roxy in Los Angeles. The tour will have its final stop in San Francisco on November 24th. All tour dates are below. Los Angeles fans last caught Warren performing at the Roxy this past July as a special guest at the Travis Barker/DJ AM show. They performed Warren’s mega-hit “Regulate” to a packed audience and the overwhelming response is a testament to his crossover talent. The performance can be seen here:

Warren G is in New York this week filming the VH1 Hip Hop Honors Awards where he will be performing as part of the celebration for Def Jam’s 25th Anniversary. When most West Coast artists such as Dr. Dre, Snoop and Tupac were signing with LA’s Death Row Records, Warren walked a different path and signed with East Coast label Def Jam in 1994. Def Jam founder and the God Father of Hip Hop, Russell Simmons, later cited Warren G’s signing as “a turning point” for Def Jam Records and its subsequent mega-success. “After that, Def Jam never looked back,” Simmons wrote in his book Life and Def.

Warren is looking forward to getting back on the road. He has toured the world, most notably, Warren was a part of one of the most successful Hip Hop tours ever- the Up In Smoke Tour with his brother Dr. Dre, Eminem, Snoop Dogg, Nate Dogg, Ice Cube and more.