You are here: Home / ifelicious music / In case you missed it. Whitney Houston interview with Oprah (video). 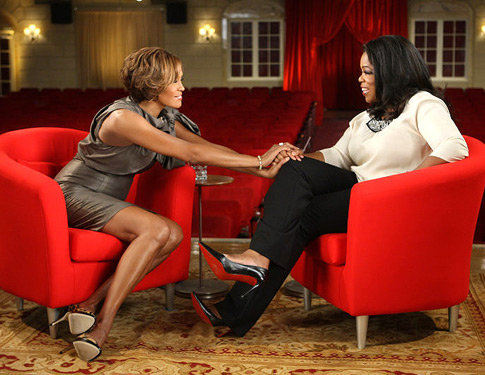 I wrote this whole post thinking all I would find is a few snippets of the 2 episode, 2 part interview with Whitney and Oprah.  I got all the way to the end then happened across another website that had the FULL interview!  So rather than trash my entire post, I’m giving you both.  You choose.

If you just want a few snippets

I was so happy to run into DimeWars.com today.  Finally, I found some footage from Oprah’s interview with Whitney Houston that I completely missed.  It’s interesting to hear Whitney talk about how she saw her life during the Bobby and drug years.  Fame can really jack you up.

In this clip, Whitney educates Oprah on the drugs she did and how she did them. Interesting to hear Whitney talk about money like it was nothing. Very few people on this earth are even afforded a chance to take money for granted. I really hope she’s in a better space now. I don’t get the Ray J thing, but we will probably never truly understand Whitney.

In this segment, Whitney tells Oprah about what drew her to Bobby and what the relationship provided for her. Also, we get some insight about why her personal life seemed to differ so greatly from her public life.

If you were like me and missed the interview on Oprah with Whitney Houston, at least this gives you a taste.

Part 1 of 2 interview with Whitney Houston on Oprah

Part 2 of 2 of Whitney Houston interview on Oprah

Props to Binside TV where I found the full interview.