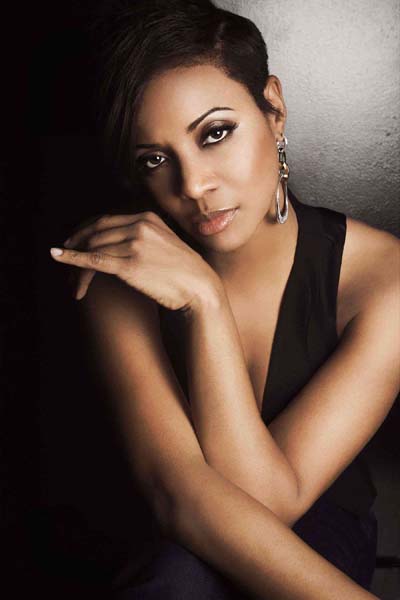 MC Lyte first gained noteriety as a hip hop artist back in the 80s and 90s delivering hit tunes such as “Ruffneck” and “I Am The Lyte.” Since then, MC Lyte has gone on to coach Shar Jackson (“Moesha”) to a win over Kendra Wilkinson (“The Girls Next Door”) on MTV’s “Celebrity Rap Superstar,” played Kai on hit tv show “Half & Half,” and you’ll even find some of her valuables in the Smithsonian Museum. Born in Queens and raised in Brooklyn, New York, MC Lyte has been a trailblazer for women in hip hop being the first female rapper to achieve a gold selling album. Additionally, MC Lyte has always been outspoken about the need to for more positive female images.

Currently, MC Lyte has a single out called “Rockin’ With The Best” that you can download by clicking the link below:

No rest for this lady on the go with her current projects that include hosting a new BET television series called “Hollywood Treatment,” serving as the spokeswoman for Kentucky Fried Chicken and AT&T, and undertaking the position of Executive Vice President and featured artist (new album in the works) for DuBose Music Group.

Ife B.: Tell me about your new TV show on BET call “Hollywood Treatment.”

MC Lyte: The show is basically about giving back…and each episode goes into a specific area along with a different celebrity…Mary J. Blige and her foundation which is SAWN did the first episode where they were able to change this girl’s life. You know I can’t really speak too much on the episode because they told us to kind of be hush about it but ya, I’m excited not only to be a part of the show but what the show is actually going to do for people, and I am still in touch with the young lady that was a part of that show and her life is still impacted from it which is exactly what we intended to do.

Ife B.: When does the show begin?

MC Lyte: To my knowledge, I think it’s top of the year.

Ife B.: I also read that you have a radio show, right?

MC Lyte: Yes, it’s called ‘Cafe Mocha’ and it’s, uh, I don’t know how much I can divulge. We are looking to be in about 20 to 30 markets to start. It hasn’t even hit the scene yet. That deal just finished, and I think it might be Fall.

AR Bennu from Facebook: What’s your perspective on MC battles over the years for example Antoinette?

MC Lyte: Well, let me just say thank you for the question. BK representin’ all day! (laughs) I think that any female MC battle that existed was sort of fueled and perpetuated by men. I know that my battle definitely with Antoinette was because she sideways dissed Audio Two and Audio Two felt like they shouldn’t diss her because they were guys and even at that point there was some chivalry or some sort of respect that existed between males and females in hip hop…With [Lil] Kim and Foxxy [Brown], I mean literally both of them did time for a shooting that happened between guys. So I just think that the stronger that we become within ourselves, we’re able to love our sisters and not feel as though we have to be in competition with them.

Carla from Twitter and Reena from Facebook: What are your thoughts about the portrayal of women in rap videos?

MC Lyte: This has been a topic of conversation for years now. What’s going to be done different about it?…It has to be someone’s responsibility and I think the problem is that we’re not all claiming the responsibility…Radio fuels the video and the video fuels the radio so if radio programmers say ‘Well we’re not going to play that song because the images that are attached to with it are totally derogatory’ and the listeners of the radio station could say ‘Well, we’re not going to listen when that comes on.’ [There are] so many areas where someone can use their power, but in fact I think most people feel like they are powerless.

Zonia from Facebook: What are your thoughts about there being no popular female rappers out there right now?

MC Lyte: I do feel as though there are many, many female emcees. They’re just all over the place and they may not be on the front line as it relates to radio play or video play but they’re on the internet and they’re on there strong…It’s just is media really wanting to capture it?

Sande from Twitter: What happened to talented non-super sexual women in rap?

MC Lyte: I think we crossed a point somewhere in hip hop where it wasn’t about originality. It wasn’t about each record label having at least one, two, three female emcees to represent their labels…Elektra, she was one of the first people to have a roster of female emcees. She had myself. She had Yo-Yo…and I think we’ve long left those times where the powers that be respect the spectrum of perspective from everyone in hip hop. I think Chuck D says it best, ‘Hip hop ain’t too cool without female emcees.’

Watch the video below from Hip Hop Official News about MC Lyte’s own Shaitel Boutique in Studio City, California.

This video is from about 2 years ago but still interesting to listen to MC Lyte speak about her dear friend Mary J. Blige as well as offer some inspiration.

Thanks to MAC Media for setting up this interview.