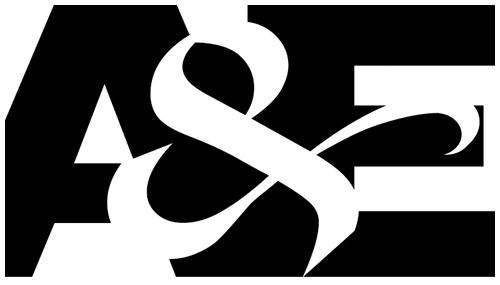 To maintain any sort of relevance and longevity in today’s music landscape speaks for itself, but to do so for two decades speaks volumes; with the union of two of Hip-Hop’s most respected and beloved emcees, Masta Ace and EDO. G, those unique talents are on full display as they combine to form A&E and will release a new LP “Arts & Entertainment” (which will be released nationally on 10-6-09).

Over the course of their illustrious careers, Masta Ace and EDO. G have moved the masses and influenced countless (Eminem counts Masta Ace as one of his biggest influences). From his auspicious origins as a member of the legendary Juice Crew, Masta Ace has given us numerous classics, from perhaps the greatest posse cut of all time (“The Symphony” and perhaps another contender with “Crooklyn”) to stand out singles from his highly-acclaimed solo-LP’s including, “Music Man,” “Me & The Biz,” “Slaughtahouse,” “Born To Roll,” “Jeep Ass Nigguh, “Sitting On Chrome,” “Good Ol’ Love” and “Beautiful” to just name a few. Ace’s last two solo-LP’s “Disposable Arts” and “Long Hot Summer” ended up on many prominent “Best Of” lists for those years.

EDO’s catalog is equally as impressive! Genuinely considered the Godfather of Boston Hip-hop, EDO. G has crafted numerous classics (“Be A Father To Your Child,” “I Got To Have It,” “Bug-A-Boo” and “Love Comes And Goes” among others) and in 1991 “I Got To Have It” hit number one on the Billboard and YO! MTV Raps countdown. EDO’s debut, “Life Of A Kid In The Ghetto,” sold over 600,000 units on the strength of his flawless portraits of inequalities in Roxbury and became his city’s first and only rap artist to ever go Gold. In the 15 years since, EDO’s dropped four heralded LPs and two EPs, toured the world extensively, and collaborated with the likes of Pete Rock, DJ Premier, Nottz, KRS One, Common, Guru, Brand New Heavies, Sadat X, Black Thought and many, many others.

While EDO and Masta Ace have collaborated before previously, including a track, “Wutuwankno” from Ace’s “A Long Hot Summer” and “Wishing” from EDO’s “My Own Worst Enemy LP,” their collaboration project Arts & Entertainment pairs them together for an entire LP and finds them collaborating with Large Professor, Posdnus of De La Soul, DOITALL of Lords Of The Underground, KRS-One, Chester French and Floetry’s Marsha Ambrosious.

Using the better part of the last 18-months, EDO and Masta Ace were able to circumvent criss-crossing schedules, touring, and their own recording schedules to record over 30 tracks for “Arts & Entertainment,” though the beginning stages did have Masta Ace worried initially “to be honest, I was hesitant at first, because I didn’t think we’d be able to pull it off (logistically), but now I could not be more excited, because its so good!”

For EDO, the pairing takes on a more historical perspective “for me, this is the culmination of two legendary artists getting together for the right reason—to make a great album. We did not get together for the money, we got together to give fans the best LP of 2009. Ace and I are still at the top of our game lyrically and musically.”

Masta Ace and EDO. G—there Art is your Entertainment!