I met Kris Black, his business partner Bruce Reisman and several members of the cast of their company’s FourTwoFive Films first film release The House That Jack Built a few months ago at an LA red carpet event.  Little ole me doing press for what would ultimately end up in my blog was content to just experience the event and meet people, however, Bruce and Kris were much more friendly than anyone else I met that night.  Bruce stopped to talk to me, asked where I was from, and told me a bit about his film.  After that, he ushered Kris Black over to me so that I could meet him and do an interview.  I share all of this to say, that of the dozens of Hollywood guests there that night, it was the most personal conversation I had.  Kris was super down to earth as we talked about the differences between midwest life and Hollywood life.  We all exchanged information so that I could do a proper interview at a later time.

When we caught up again to do this interview a few weeks ago, Kris struck me as someone who throws himself into whatever he’s doing and wants to do it well.  With good looks, it’s not surprising to introduce himself as an actor and personal trainer.  However, he threw a few curve balls into the mix that took me away from the superficial.  He studied finance, picked up painting, is not attracted to the stereotypical blond bombshell you find in Hollywood, and has a sense of humor.  He was confident in speech but not cocky nor that ‘I know I’m a pretty boy’ flirty.  The conversation flowed freely which made for a great interview.

We began by talking about his current film projects.

FILM:  THE HOUSE THAT JACK BUILT

Ifelicious:  Tell me about The House That Jack Built.

Kris:  The House that Jack Built is our company’s first film that just premiered at the ArcLight Theater in Hollywood out here on the 14th [of July 2009].  It was more a sneak peak slash charity event [for The Wellness Community] we’d done to get the cast and the crews to see it, get the media to get their first look at it and expose it to studios and distribution.  It was a great success.  Everyone loved the film and we’re in the process of negotiating distribution deals right now. We’ve already pre-arranged to have it screen in my hometown.

Ifelicious:  Awe, that’s nice that your movie will screen in your hometown.

Kris:  Ya, and my hometown is very small. I come from a town that’s just under 4,000 people…so I’m really excited to let all my family and friends get a chance to see what I’ve been doing the last two years. 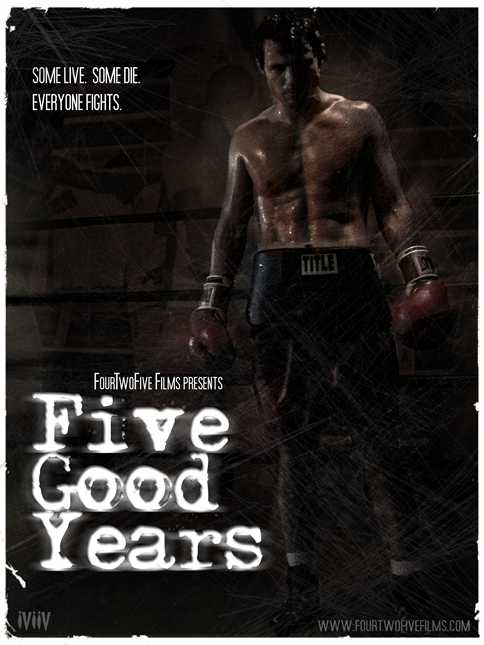 Ifelicious:  I read on your website that you have Jason Wahler from MTV’s The Hills and Laguna Beach lined up for Five Good Years.  I’m such a reality tv junky so I was excited to see that.  Is that confirmed?

Kris:  That’s the latest buzz, actually.  We parted ways.  He was originally going to play one of the lead roles, and [there were] some creative differences, and he’s no longer on the project.

Ifelicious:  I didn’t even know he was into acting.  I always saw him as a reality tv bad boy.

Kris:  He was starting to get back into acting.

Ifelicious:  Who do you have lined up for Five Good Years?

Kris:  We are going to go back to our original first choice who we had to let go of because of scheduling conflicts.  Jerry Ferrara who plays Turtle on Entourage on HBO.  Originally we had him, and our scheduling got pushed, and he started shooting Entourage, and it just wasn’t going to happen so we went elsewhere, but now that we’re starting in the Fall and Entourage will be done, we’re going to go back to him and see if he still wants to be on board.

Ifelicious:  So that’s not confirmed?

Kris:  No, that’s not confirmed yet.

Ifelicious:  Anyone else that you’re looking to cast in this film?

Kris:  We’re in talks and negotiations with Taryn Manning.

Ifelcious:  I remember her from Hustle and Flow.

Kris:  Hustle and Flow and 8 Mile, she’s great.  She loves the script.  You know, it’s always a matter of money and scheduling but things look really good to have her on board.

Kris:  There’s a few other names of Oscar nominees who are very interested.  Again, it’s about money and scheduling, but it could end up being a really great cast of actors for only our second film.  The response to the script, everybody loves it.  Taryn said it’s the best scripts she’s read in years, and that’s kind of been the general consensus of everyone who’s read it.

Ifelicious:  So you think you have a hit on your hands?

Kris:  Well, I think we have a good script, but there’s lots of ways to mess that up by the time this thing gets shot and screened and everything, but we think we do have something really special with it.

Ifelicious:  Tell me about the film 420.

Ifelicious:  (laughs) Do you have to get into role for that?

He ignores me and instead offers a different response.  🙄

Kris:  It’s Superbad and Pineapple Express.  That’s the type of movie it is.

Ifelicious:  The film seems like a departure from everything else you’ve written.  What made you want to go in this direction?

Kris:  I just wanted to write a comedy, and I wanted it to be about this topic in particular, and I wanted to also be not just a bunch of guys just smoking weed and all that and actually has some heart to the story and talks about the positive things that marijuana has helped people with, as far as medical marijuana, and using it as a pain reliever…It’s all in jest, but it’s about marijuana…The story just came, and it was on the heels of The Hangover which was this smash hit that I wanted to do a movie like that.  I’m a big fan of Judd Apatow and Seth Rogen, and this film is in the same vein as all of those movies.

Ifelicious:  How did you and Bruce Reisman link up?

Kris:  About 4 1/2 years ago…we happened to meet at a party, and at the time he was looking for a younger writing partner because he was having trouble getting writing jobs because of his age even though he has a resume that’s longer than my arm.  So we got to talking and he, at the time, had a couple of scripts that he was writing for producers at Lifetime, and it was too much of a workload, and he said ‘Can you take this outline?  You want to write this script, and we’ll be writing partners?‘ I finished the script…we write really quickly as a team so it got done in about 2 weeks.  The first draft was done in about 4 days.

Kris:  I specifically write very fast.  The way we work as a team is I usually write the first draft of the script.  My strong points are organization and structure and a story and make sure it all flows and everything makes sense, and when that’s done, I’ll give it to him, and he’ll kind of hone and refine the characters and the dialog a little bit, and then I’ll take it, and then I make it sound more current and hip and fresh.  That’s kind of how we go back and forth.  We never write together.  We never sat down and wrote a script together.  It’s always just back and forth.  After we got the first one, it just seemed like it could work…and then it was about 2 years after that that we decided to form our own company and write materials specifically for myself to be in and for him to direct a lot of them.