You are here: Home / ifelicious tv / Real World / Next season of MTV’s Real World sets up in DC’s Dupont Circle and folks are talking already 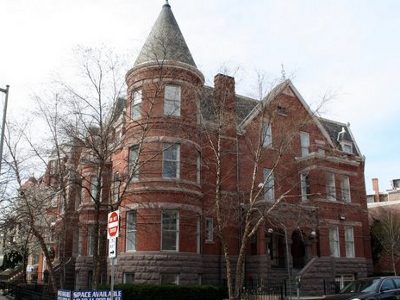 Well, it’s about damn time that MTV bring the Real World to Chocolate City.  I just ran across an article link on twitter about the Real World house that can be found at 20th and S Streets, NW.  I can’t wait to do my own drive-by the next time I’m in town.  You all will have to let me know if you’ve seen any of the cast out and about or even got caught up as a romantic interest.  😆

It’s amazing how many blogs and news outlets have made posts about the Real World landing in DC.  To me, this is the most coverage I can recall seeing online before watching the actual show.  I’ve put a ton of links in here, but there are a ton more out there.  Have fun you MTV RW junkies!  Click away!

Here’s the Washington Post article that I’m referring to…

THE REAL WORLD IN DC: WHEN MTV MOVES IN, SO DOES DRAMA

Not everyone in the neighborhood is so excited to see their new MTV neighbors.  Here’s a blog that would be fun to keep checking out.

According to DC Lifestyle, the DC Real World cast is hanging in a house valued at $5.69 million.  Holy cow!

Suburban Sweetheart– THE REAL WORLD DC: I GOT BIG PLANS

Maybe President Obama will have them over for beers on the White House front lawn. 😎

Check out my Real World category of posts by clicking HERE.