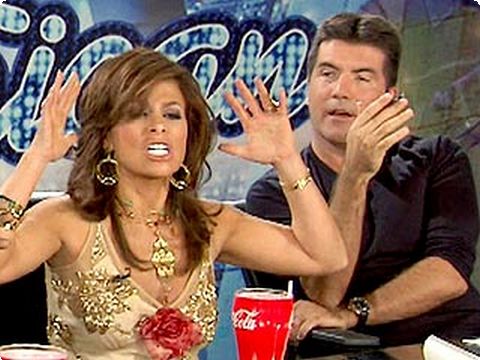 I think I’m going to hyperventilate.  Someone hand me a paper bag!  I can’t take this news that Paula Abdul has officially announced her departure from “American Idol.”  After a 7 year run on the show, Paula is hanging up her hat.  What an eventful 7 years- suspicion of prescription drug use, a crazed fan who committed suicide near her home (Paula Goodspeed), former contestant Corey Clark who alleged an affair.  I think she has become a spectacle on the show, but it will not be the same without her.  Who else is going to dig deep for that tiny morsel of good in the absolute worst of performers?

Paula, I lament thine departure and dedicate this song to you…”Goodbye Love” by Guy.

😥 Somebody hand me a box of tissues 😥

What’s next?  A tell all book?  Another season of “Hey Paula” that trainwreck of a reality show that aired on Bravo with high hopes to explain Paula?  More jewelry for QVC?