The list came out about 2 weeks ago (that’s how behind I feel) and I’ve been wanting to give some attention to the Daytime Emmy Awards.  Here’s the press release, and I’ll create another post to talk about a few things. 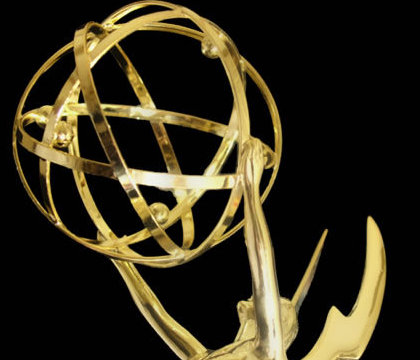 North Hollywood, CA – Nominations for the 61st Primetime Emmy® Awards, covering the period of June 1, 2008 through May 31, 2009, were announced today by the Academy of Television Arts & Sciences from the Leonard H. Goldenson Theatre, North Hollywood, California. The Television Academy’s Chairman of the Board & CEO John Shaffner presided, assisted by Chandra Wilson and Jim Parsons.

On Sunday, September 20 at 8:00 pm (ET/PT) the telecast awarding Primetime Emmys will be presented before a black-tie audience and televised by the CBS Television Network from the NOKIA Theatre LA Live. This year’s Emmy telecast will be executive-produced by Don Mischer and directed by Glenn Weiss.  Neil Patrick Harris will host.  The Television Academy’s Governors Ball will follow the telecast at the Los Angeles Convention Center.

Additional first-time nominees in Lead Actor in a Miniseries or a Movie are Kevin Bacon in Taking Chance, Kevin Kline in Cyrano De Bergerac (Great Performances) and Brendan Gleeson in Into the Storm.  Additional first-time nominees in Supporting Actor/Actress in a Miniseries or Movie are Ken Howard for Grey Gardens, Tom Courtenay for Little Dorrit, Jeanne Tripplehorn for Grey Gardens and Shohreh Aghdashloo for House of Saddam.

On Saturday, September 12, also at the NOKIA Theatre L.A. LIVE, Primetime awards “categories” (a single award) and “areas” (possibility of one, more than one or no award) will be handed out at the black-tie Primetime Creative Arts Awards, chaired and executive-produced by Lee Miller and Steve Venezia with Spike Jones, Jr. producing and Chris Donovan directing. Kathy Griffin will host. The awards presentation will be televised the following weekend on E! Entertainment Television.

A total of 509 separate nominations in categories and areas, compiled by the independent accounting firm of Ernst & Young LLP, were distributed as follows:

Nomination rosters will be finalized during the period July 16 to July 30, 2009.  The rosters may be revised in cases where names or titles are incorrect, or appeals for changes—including the addition or removal of names—are approved by the Primetime Awards Committee. Producer eligibility is based on both title and function.  A review of title and function will be conducted by the Producers Peer Group, and the nominees in the program categories will be announced mid-August.

Within this press release you will find a disparate number of nominations in some categories.  What follows is a brief description of three reasons why disparities can occur.

Reason #1:  The One Third Rule

Reason #2:  Ties for the ideal number of nominations

In the case of ties for the ideal number of nominations in a category, e.g., five in most categories, six in the major drama and comedy series categories, the closest number to five will prevail, unless there are fewer than three or more than seven nominations, in which case the Primetime Awards Committee will determine the number of nominations.  For example, if there is a two-way tie for fifth place, the choice will be four or six.  We will take six for the sake of inclusion.  But if we have a three-way tie for fifth place, and the choice is four or seven, we will take four, because it is closer to the ideal number of five.

If the next highest vote-getter to the ideal number of nominations in a category is within two percent, it is included as a nomination.

About the Academy of Television Arts & Sciences

The Academy of Television Arts & Sciences was founded in 1946 just one month after network television was born. It is a non-profit organization devoted to the advancement of telecommunications arts and sciences and to fostering creative leadership in the telecommunications industry.

In addition to recognizing outstanding programming through its Emmy® Award, the Television Academy publishes Emmy® Magazine and stages many industry-related programs, services and year-round events for the television community.