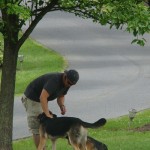 UPDATE':  Since this blog post was written we did learn the whereabouts of Shoka and Nala through one of those viewers ask episodes with Kate Gosselin.  I'm glad they returned them to the breeder knowing that they could not give them the needed attention.  I'm sure the kids still enjoyed playing with them while it lasted. Did I miss the memo or part of an episode where the … END_OF_DOCUMENT_TOKEN_TO_BE_REPLACED 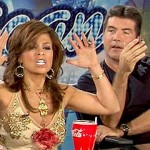 I think I'm going to hyperventilate.  Someone hand me a paper bag!  I can't take this news that Paula Abdul has officially announced her departure from "American Idol."  After a 7 year run on the show, Paula is hanging up her hat.  What an eventful 7 years- suspicion of prescription drug use, a crazed fan who committed suicide near her home (Paula Goodspeed), former contestant … END_OF_DOCUMENT_TOKEN_TO_BE_REPLACED 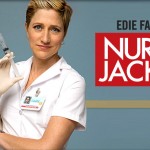 Who knew that Showtime would have me hooked on yet another show about drugs?  I was growing weary of Weeds, but now Nurse Jackie starring Edie Falco (most commonly known as Carmela Soprano from the other big pay channel HBO's The Sopranos) has come to save the day! Besides the crooked ways that occasionally test the balance between just downright wrong and for the … END_OF_DOCUMENT_TOKEN_TO_BE_REPLACED 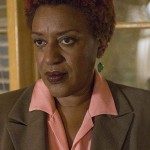 First off, forgive me for being naive but I did not know the difference between the Creative Arts Emmys and regular Primetime Emmys.  I knew that my girl Kathy Griffin was hosting the Emmys, but I had no clue it was for the Creative Arts Emmys ("Schmemmies") occurring a few weeks beforehand.  So for those of you like me, here's the clarification...it's basically the Emmys for … END_OF_DOCUMENT_TOKEN_TO_BE_REPLACED 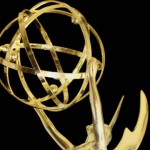 The list came out about 2 weeks ago (that's how behind I feel) and I've been wanting to give some attention to the Daytime Emmy Awards.  Here's the press release, and I'll create another post to talk about a few things. ~ifelicious  :roll: FOR IMMEDIATE RELEASE July 20, 2009 61st Primetime Emmy® Awards Airs Live September 20 on CBS North Hollywood, CA – … END_OF_DOCUMENT_TOKEN_TO_BE_REPLACED