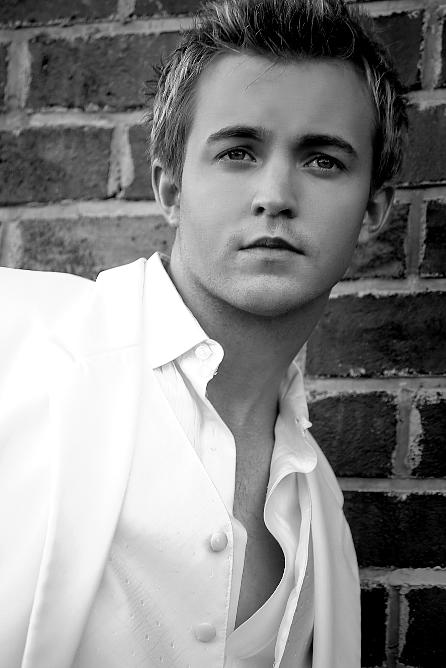 So you know you have to answer all the questions that people who find you sexy will want to know.

Are you single? Do you have a girlfriend? Are you looking to date?

“I’m single at the moment. The thing is it’s such a difficult kind of industry to be in. I mean, to be honest it would be great to have a girlfriend because it’s actually a really lonely industry because a lot of friends kind of don’t necessarily understand kind of what you do and what you’re kind of going through, and they think it’s all the high life really. It is, but you do also need some TLC, you know what I mean?”

(laughs) Well, when you go on tour you’ll have all the groupies waiting for you backstage.

“It’s weird that you say that but I did a UK tour and you go out there and do the tours and stuff and then your whole tour management, they try to get you out of the club as quick as possible cause they know what singers are like. They know you’re going to stay there and drink your whiskey so I think all the modern tour management, they are quite clever on that and they get you out as soon as possible so I haven’t really kind of gone down that route.”

Well, we’ll bring you to the US because those rules will go out the window because that does not seem to be the case here. So, you sound typical of many artists that it takes a lot of time. You spend a lot of time in the studio. You spend a lot time promoting your work, so it’s kind of hard to fit in some of the other things. Do you think finding someone to date in the industry might help or just somebody’s who’s just real independent?

“I think so. I mean obviously there’s benefits to both. If they’re independent then they’re kind of free to be with you and spend time with you and stuff, but obviously if they’re in the industry then they can understand, but then also it’s difficult because I’ve seen a few people in the industry in the UK. To constantly see their career and to see their…their relationships and everything else that goes on in their lives and it’s so in your face, really, so it’s difficult, so I think in that respect to kind of date someone that’s normal and not necessarily in the industry is an easier thing.”

Do you believe in love at first sight?

“Um, I believe in lust at first sight, and it develops you know. I don’t think that you can know that you love someone straight away just by looking at them. I think you can know if you’re attracted to someone.”

How do you feel about being viewed as a sex symbol?

Do you feel shy about the thought or do you embrace the whole sex symbol thing?

“Like I said, it’s humbling…I did a massive school tour here in the UK. You know going out to schools [and talking] about anti-violence…So I met a lot of kids and stuff, and they were screaming… and you really don’t know how you’ll react until lots of screaming kids come up to you and like want your autograph and stuff, and it made me humble, and it made me blush…You kind of go into professional mode…and it’s only when you leave that you start to think ‘Wow, that was crazy!’” 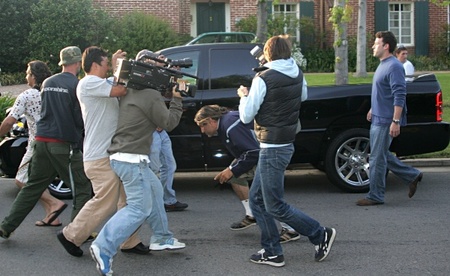 Papa(razzi) Can You Hear Me …

You ready for celebrity life? Paparazzi, tabloids because you guys in the UK are crazy with your tabloids.

“Oh tell me about it. It’s crazy. I actually have already had a bit of an experience with [the tabloids]. I went to school with Kate Middleton who’s Prince William’s girlfriend, and I did an interview with the Mirror newspaper, and they asked me about Kate, and they really pushed me, just really really pushed me, and I said a few things that were a bit cheeky and stuff…that I should have possibly held back.”

Do you feel ready for big time fame? Are you are surrounded by the right people to keep you grounded?

“Basically with all the different people I’ve worked with and all the famous people I’ve met and become friends with them, I’ve always asked the one question ‘How’d you kind of deal with it?’…The most important thing is to have a place that you can get away from it and you can absolutely relax and you can have your family and the people that love you come in and be with you, and I think that’s kind of to have a place that you can have that solidarity and peace and quiet…I think the craziest thing with all these A-List celebrities and they live in a massive mansion right by where the paparazzis hang out and they say ‘Why the paparazzi’s outside my house?’ and I mean, you know, it’s like ‘You put yourself there.’ Do you know what I mean?…It’s very much something that you can control I think and if you’ve got good PR people as well, I think that will help out.”

I don’t know how big of news the whole Chris Brown and Rihanna incident was in the UK, but when you talk of celebs out in the public eye.

“Ya, it was quite big news here and you can see that the all the kind of PR heads and stuff went into crisis mode, didn’t they?”

I’m a reality tv buff, and I don’t know if you even watch reality tv, but I was thinking about all the types of things you might do. Would you record a reality tv show about yourself? like your journey?

“I would love to actually. I think it would be a great thing, but I think it’s a bit difficult. I mean you’ve got two sides, the positives and the negatives. I think this industry is really changing. Even just like 10 years ago without the internet and so forth a lot of artists and film stars and stuff, you only saw of them what their publicist put out and they managed to retain a real iconic sort of persona really, and now with the internet and all these documentaries and stuff you really put yourself out there, for good and for bad…[however] if I was offered the opportunity, I think that in this point in my career I think I’d definitely go for it.”

Do you see yourself doing anything other than singing? Maybe acting or something else?

“Definitely, before I wanted to be a singer I actually wanted to be an actor when I was young, actually…I’m a big fan of Elvis Presley which is kind of not cool for a guy my age. It’s kind of a bit of a retro thing. For me he’s a massive icon. I have loads of his films, and they’re kind of cheesy films. They’re kind of musicals and stuff but it’s nice. If there was something fun. I guess, obviously, the equivalent now is kind of like the High School Musicals and stuff like that. It’s almost like a credible and serious kind of musical film.”

continue to Part 5 of interview…