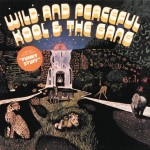 If you follow my blog regularly, I just knew I had to make this song the Throwback Friday post for this week given my trip out to Hollywood last week. Hey! Hey! Hey! What you got to say? Hollywoooood!  Hollywood Swinging! It's been my theme song for like a week now.  Love me some Kool and the Gang.  If you look over their discography, they just pumped out album after … END_OF_DOCUMENT_TOKEN_TO_BE_REPLACED

Episode Summary This summer, celebrating the 40th anniversary of the Stonewall Riots, IN THE LIFE is proud to present Summer of Stonewall – a three-part series commemorating that 1969 seminal event marking the beginning of the modern gay movement. Kicking off with this special hour-long show, “40th Anniversary of Stonewall,” the series features stories and firsthand … END_OF_DOCUMENT_TOKEN_TO_BE_REPLACED