You are here: Home / ifelicious tv / Ugly Betty / The show must go on. ABC confirms 4th season of Ugly Betty. 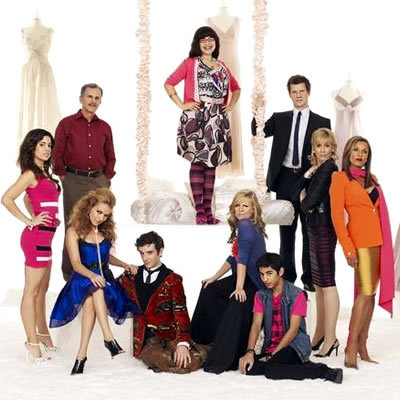 Watching “Ugly Betty” has been difficult over the past couple of seasons.  Between the writer’s strike last year and some unknown (at least to me) pause button on the show this season, the episodes have been extremely spread out.  I’m glad to see the last 4 episodes of Season 3 in succession with next week being the 2 hour season finale.  It’s nice to watch an episode without feeling like you need to re-watch all of the prior episodes to remind yourself what was going on with the show (I see that ABC does have the option to view episodes on the internet)

A while back, I thought I read they were canceling Ugly Betty but I read in the LA Times that the show has indeed been renewed for a fourth season.  That’s great news as there’s been so much character development over this season that I’d love to see play out.  Daniel Meade is finally in love and in a monogamous relationship Molly who’s dying of cancer.  Betty Suárez and Marc St. James are almost done with their YETI internship not to mention Betty’s relationship with uber rich Matt.  Hilda is finally in a long term relationship after her fiance died back in season 1 or 2 (can’t recall offhand).  Oh so much juicy juice!  Can you tell this is one of my fav shows?

I wonder what’s in store for the finale?

The sudden death of a Mode editor leaves Betty and Marc competing for the same job. Meanwhile, Matt lets his jealousy over Henry get the best of him.

The second episode of the 2 hour season finale “Curve Ball”…

Just as Betty agrees to move in with Matt, Henry pays a visit to NYC, forcing Betty to admit she still has feelings for her former fiance.