You are here: Home / ifelicious tv / In The Life / May 2009- In The Life episode “Confronting Crisis” 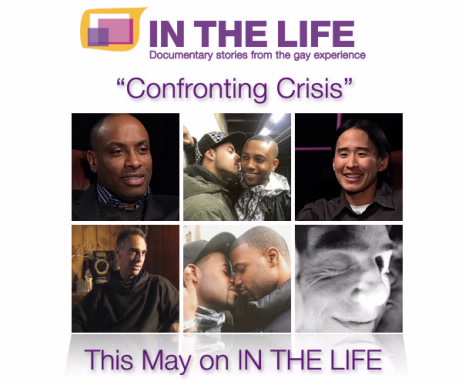 This month we investigate the AIDS epidemic in communities of color, learn how two organizations are addressing the particular needs of these communities; and meet a filmmaker inspired by an artist and activist.

More than a decade after Andrew Sullivan declared the end of AIDS on the cover of The New York Times Magazine, black and Latino communities in the U.S. continue to be devastated by the disease. But as the rate of new HIV infections continues to soar in communities of color, and decline among white communities, it’s disappeared from the front pages of many publications. Our first story explores the efforts under way to fight this largely invisible crisis ­ one in which race, class, poverty, and deeply entrenched beliefs combine to hinder HIV prevention and treatment.

A CONVERSATION WITH… Kris Hayashi and Glen Francis

The Audre Lorde Project and The Griot Circle are both at the forefront of organizing LGBT people of color. This month’s conversation features a discussion with these organizations’ executive directors. Kris Hayashi and Glen Francis discuss organizing, supporting, and advocating for these unique groups within the LGBT community.

English filmmakers Derek Jarman and Isaac Julien were pioneers of the New Queer Cinema that emerged in the early 1990’s. Active in London’s counterculture movement and united by their shared outsider status ­ Jarman, for shattering the silence around HIV/AIDS by publicly announcing his diagnosis, and Julien for breaking through the barriers of racially divided England ­ it is fitting that they are preserved together on film. Julien’s Derek is a loving tribute to Jarman; a requiem of his life and celebration of his work.
– –