You are here: Home / ifelicious tv / Real World / Defamer’s recap of RW Brooklyn’s Atlantic City episode and why I think the season’s lame 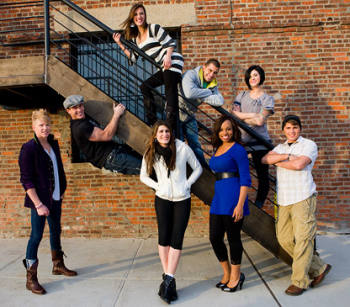 This is the first season that I haven’t spent time commenting on the Real World, but this season is a drag to me (no pun intended).  I wish they had a job together like they’ve been doing on more recent seasons.  At least it forces them to interact with each other collectively.  This season it seems like they’re all on their own agendas, and it’s just boring.  Even the addition of transgendered Katelynn hasn’t stirred up much.  Ryan’s getting called back to Iraq is as real of moment as we’ve had all season, but while I felt for him enough to shed a tear, I don’t feel like I know much about him and the season’s almost over.  This Real World Brooklyn season goes up there with the most blah seasons ever.

So, here’s Defamer’s recap of the last episode when they head to Atlantic City, Devyn gets a puppy, etc.  At least someone can muster some words and humor to do a recap.

What do you think of this season of the Real World?

Do you think they should have worked a job or project together for the season?