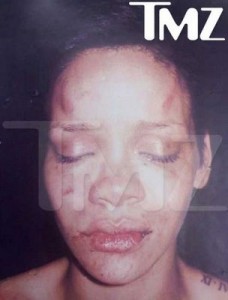 I’M WAITING FOR A PHOTO TO BE RELEASED OF CHRIS BROWN LOOKING LIKE THIS!!!

Before I continue, this month (March) is Women’s History Month.  It’s a time to reflect on all of the accomplishments and advances women have made throughout history.  In this context, I was really hoping that Rihanna was going to come out and take a stand for the benefit of women and girls all over the world, but it does not appear that way.  Let’s just hope, she reaches a healthy place for herself in the short term and hopefully be able to take that stand against violence sometime in the future.

Back to my regularly scheduled program (and, no, Diddy did not invent that phrase young folks)…

You’d have to be under a rock to at least not have heard Chris Brown or Rihanna’s name over the past month, not to mention the horrific admission from Chris Brown that he beat the hell out of Rihanna.  I’ve stood back from it a bit, knowing there are so many people reporting every single move they make.  However, I was upset like many out there (parents or not) that Nickelodeon was keeping Chris Brown on the ballot for the Kids Choice Awards.

Just released from Associated Press is news that Chris Brown has withdrawn his name from the awards show scheduled for March 28, 2009.

I am disappointed in Nickelodeon, however.  Not taking him off the ballot really sends a negative message to children that admitted criminal actions have no consequences.

Is anyone boycotting Nickelodeon as a result of their decision?

Are you glad that Chris Brown’s camp took the initiative to withdraw him from the Kids Choice Awards?