You are here: Home / ifelicious tv / American Idol / Fantasia Barrino out of foreclosure and in high school

Well, not exactly in high school, but Fantasia Barrino recently announced that she is going back to get her high school diploma/GED (my guess is GED but there’s no specification in my sources).  Fantasia won the popular vote over Diana Degarmo in the 2004 season of American Idol (btw…What happened to Diana Degarmo?  I thought she was destined for Miley Cyrus/Raven Simone-esque fame).  Then in 2005, Fantasia revealed that she could not read, at least very little, and hired a tutor to help her learn.  Like we all go through, Fantasia’s past several years have followed the natural ebb and flow of life.

She’s won “American Idol,” received seven Grammy nominations, appeared on Broadway in “The Color Purple,” released two hit albums and played herself in a Lifetime movie based on her rags-to-riches story. 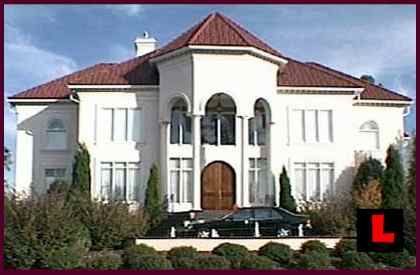 (photo of alleged home that went to foreclosure from lalate news)

Rumors spread in late 2008 about Fantasia‘s financial troubles, specifically that her home in the Charlotte, North Carolina area had gone into foreclosure.  However, things are on the up and up again for Fantasia.  Just before the Grammys, Fantasia announced that she had resolved her financial woes and was heading back to high school.

It has certainly not been an easy road for the songstress.  Nearly a decade ago, Fantasia dropped out of Andrews High School in High Point, North Carolina, after being physically assaulted by one of her classmates. Feeling vulnerable and embarrassed, Fantasia never returned. Two years later, she became pregnant with her daughter Zion Quari Barrino.

Now at age 24 and daughter Zion at age 7, Fantasia is finishing where she left off with her education.

“I’ve been talking about it for so long,” Fantasia told me earlier today. “I have a lot of young people who look up to me, like my 15-year-old brother and 7-year-old daughter. It’s something that I really need to do and that I want to do.”

Fantasia has also spoken out about rumors that Simon Cowell bailed her out of her financial bind (damn! what song did that come from? “self destruction”?).

“That’s not true. I’ve been working hard for five years. Don’t believe everything you hear.”

<insert ifelicious cheering with pom poms and doing some stellar cheerleading kick in the air…hee hee!>