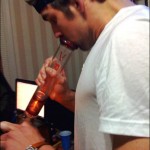 Watch out for those British tabloids.  They'll nab you everytime.  As you know, Michael Phelps is talk of the town right now with his face to the bong.  He can't claim that he didn't inhale.  British tabloid News of the World broke this story with headline WHAT A DOPE complete with an incriminating photo now seen around the world (shown above). I won't punish him more … END_OF_DOCUMENT_TOKEN_TO_BE_REPLACED 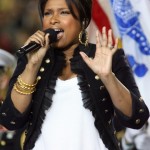 Imagine losing your mother, brother, and nephew at the same time in a brutal slaying.  Attending a funeral for 3 family members all at once on the same day.  Nobody deserves that moment.  The nation mourned with Jennifer Hudson last Fall 2008 as her life went from the fast track and famous firsts to literally a dead stop. What a beautiful comeback last night at the Super … END_OF_DOCUMENT_TOKEN_TO_BE_REPLACED