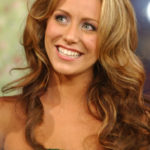 Remember when? Oh, Aubrey...  That's about all I can say about reading the news of her gracing the March 09 issue of Playboy magazine.  My aspirations for her and her own are just in 2 different places.  At this point, her shock value is about the only thing that will continue to propel her career, and there are plenty of guys and gals that have made it that … END_OF_DOCUMENT_TOKEN_TO_BE_REPLACED 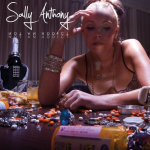 I just got off the phone with Sally Anthony, and we had a great chat.  It'll be exciting for me to bring you a bit more into her life for those of you who are new to her music as I am.  If you're a long time fan, post a comment and let me know what you like about her music. For now, you get the post below that I meant to push out earlier in the day (like you all were waiting … END_OF_DOCUMENT_TOKEN_TO_BE_REPLACED

(photo source:  MTV.com) I've been dying to put up this post for a while, but with the holidays and my overcommitments... Ok, so I watched the first 3 episodes of The City again with my Ifelicious critical eye and took notes (that means this post is serious business...LOL).  Here's my food for thought.  I checked some things afterward against the message boards so … END_OF_DOCUMENT_TOKEN_TO_BE_REPLACED

First of all, if you hear this lady bless the mic, you'll be wondering why the hell she hasn't been signed yet??  So blow up this post and Mala's myspace page (myspace.com/malareignz) with lots of comments.  Shoo!  Put out your spirit fingers out and send good vibes.  Let's do what we can as fans to make this happen for Mala Reignz in OH-NINE for realzz!!! You can peep her … END_OF_DOCUMENT_TOKEN_TO_BE_REPLACED

(classic photo above, eh?) Chuck, Chuck, Chuck...for realz??  The story is more tame depending on the media outlet, but the real scoop is out there.  While in Scottsdale, Arizona during the early hours of New Years Eve (so I'm guessing he was free to party by the night of Dec 31), Charles Barkley was pulled over for running a stop sign.  He was arrested after he allegedly … END_OF_DOCUMENT_TOKEN_TO_BE_REPLACED