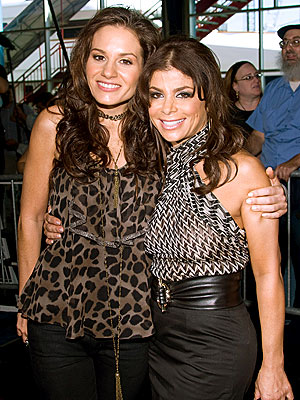 I’m kinda ready for this show to be over.  I’ve never liked that the first half of the season showcased all of the nut jobs out there lurking for their 10 seconds of fame and maybe a couple of bonus seconds of fame like “She Bangs” William Hung back in season whatever it was.

So they throw another lady into the cast of judges, Kara DioGuardi.  Like who the hell is she?  Spank me if I am out in la-la land on her, but I have never heard of this singer and songwriter.  I do know she forms a nice brunette chick clique with BFF Paula Abdul and anchored by Simon Cowell and Randy Jackson at opposing ends.  Did the show need another judge or were they worried about the future of Paula Abdul?  Oh, I see…googling her…she’s definitely been successful behind the scenes writing songs…done one of the cazillion Idol knockoff shows “The One: Making A Music Star” on ABC– never watched it…blah, blah, blah, connections, blah, blah…

semi pro or complete amateur?  where should they draw the line? 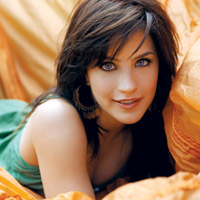 This season’s rumor mill drama seems to be centered around contestant Joanna Pacitti.  At 24 years young, she has more accolades on her resume than the average rags to riches story that you expect from American Idol.  I’ll include a link to a nice story I found on MSNBC that will spill the details, but while she’s no superstar, she definitely has a running start going for her already.  It’s kind of a hard sell to know that Britney Spears did a cover of Miss Pacitti’s song called “Out From Under” on her latest album “Circus.”  She must be getting a nice little paycheck from that.

Now, I had also been reading she was on an MTV reality show, and I was scratching my head because I’m pretty good with my MTV reality shows.  It turns out she was on MTV’s “True Life” which is a cheesy mature-ish documentary version of the after school specials I recall racing home to watch at 4pm in my lil gal days.  They covered Joanna Pacitti‘s life as an aspiring singer.

For most seasons, I pretty much watch from the final 12 onward.  Before then, all that pomp and circumstance bores me.  Show me the talent, and let’s get on with the show. I also don’t need to see it 2 and 3 times a week.  The ratings have tanked a little but not enough to consider American Idol in jeopardy.  I’ll hold out for curiousity sake, but that’s about it.  I do think it makes a better story to see completely untapped talent in the raw blossom before our eyes than the ones that are polished from the start.