I ran across this article today while looking for info on the finale.  It includes photos of the island after MTV finished taping and allegedly "cleaning up" after the show.  I don't know if this is all true, but I also wouldn't be surprised.  There's a lot more at stake when the cameras are rolling than after the director yells "cut!" MTV TRASHES ISLAND FOR REAL WORLD/ROAD … END_OF_DOCUMENT_TOKEN_TO_BE_REPLACED

Here are some graphics I created that convey my feelings about the final episode... followed by... gives us all... entertainment!  nothing more, nothing less.  scripted or unscripted.  real, fake, or somewhere in between. any questions??? ~Ifelicious … END_OF_DOCUMENT_TOKEN_TO_BE_REPLACED 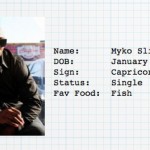 Usher, hon, love, sweetie...I have a secret to tell you... ...There's another man coming between us, and he lives in your hood.  He's been rollin' around town and on tour promoting his single "Late Night Creep" and can work the hell out of the song "Knockin the Boots"...even a capella.  I heard it with my own ears.  I can't speak for his dancing ability in comparison to yours, … END_OF_DOCUMENT_TOKEN_TO_BE_REPLACED 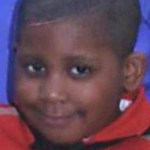 Just when we stayed hopeful that the Amber Alert for 7 year old Julian King would end on a positive note after a string of related tragedies over this past weekend, we just learned that the worst has happened.  Julian King was murdered. I just posted that Alter Bridge song "When I'm Gone" and it's kind of eerie that I was drawn to that song over the past week because it's so … END_OF_DOCUMENT_TOKEN_TO_BE_REPLACED 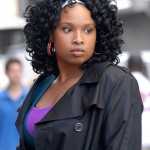 What terrible news for Jennifer Hudson.  Her career is off the chain right now.  My personal condolences to her as she will certainly be entering one of the most challenging times of her life right now.  And say a prayer for Julian King.  He's 7 years old and missing right now in connection with the horrific tragedy. below was taken from Yahoo News- JENNIFER HUDSON'S MOTHER, … END_OF_DOCUMENT_TOKEN_TO_BE_REPLACED