From the folks that have made a name for themselves out of lists along with the countdown shows about them, VH1 releases their list of 100 greatest hip hop songs of all time.  Here's the list below: Fight the Power - Public Enemy Rapper's Delight - Sugar Hill Gang Nuthin' but a G Thang -  Dr. Dre Rock this Way- Run DMC f. Aerosmith The Message- Furious … END_OF_DOCUMENT_TOKEN_TO_BE_REPLACED

What girl doesn't start singing along whenever this plays on the radio?  I like Ne-Yo's smooth vocals over that catchy dance beat.  Perfect for the empowerment drive to work.  ;-) Gabrielle Union has so typified the tough sharp black woman in the roles she's played in film.  Lovezz her! Click and listen... … END_OF_DOCUMENT_TOKEN_TO_BE_REPLACED

Confession... I first committed to watching From Gs to Gents after interviewing Mikey P.  To me, this was another reality show for the purposes of fun and entertainment.  My only point of similar reference was Mo'Nique's Charm School that aired on VH-1 sometime last year.  I recently "found" and "befriended" Saaphyri on myspace, and just her profile picture alone gave me the … END_OF_DOCUMENT_TOKEN_TO_BE_REPLACED 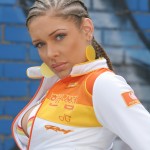 I am sooo behind on writing in this past week with the power outage and life in general.  I hope to post the Jamie Jones interview by the middle of next week.  In the meantime, enjoy a little introduction. Jamie Jones is hawt, for realzz! Jamie Jones hometown:  High Point, NC currently residing:  Bowie, MD (DC metro area) myspace: myspace.com/itsjamiejones Check her myspace … END_OF_DOCUMENT_TOKEN_TO_BE_REPLACED

After learning (thanks CutSleeveBoy) that Maurice Jamal had a new tv series that was a spinoff from his movie "The Ski Trip," I was all about getting hip to the movie to see if the series (tv series... The Ski Trip 2:  Friends and Lovers) would be worth watching.  It was already on my netflix list, but I moved it up to the top of the queue last week so I could watch it. I … END_OF_DOCUMENT_TOKEN_TO_BE_REPLACED