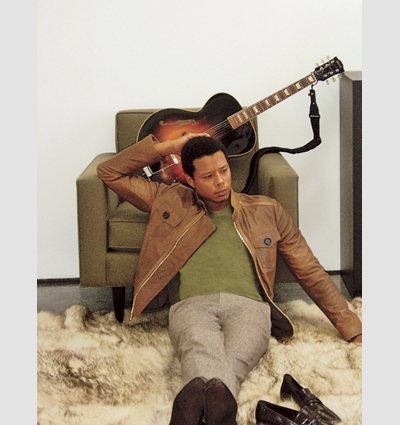 I know Paul Newman’s passing has taken front and center for the moment but I also wanted share that Terrence Howard lost his mother, Anita Williams, last Thursday, September 25, 2008 to colon cancer.

Rather than run down Terrence’s accolades as most media outlets tend to do, I want to pay tribute to the woman herself because without Anita there would be no Terrence.

Below is the obituary that I’m re-posting from the Pittsburgh Post-Gazette on Anita Williams.  I could not find an image of her online

Anita Williams got her talent the old-fashioned way.

Her mother was a singer in Cleveland. Her grandmother, Minnie Gentry, was an actress who appeared on Broadway, television and the big screen.

Although Mrs. Williams spent a few years in Los Angeles and New York seeking to use her talents in the entertainment industry, she was content to become a devoted wife, mother and friend who lived and worked in Pittsburgh.

Mrs. Williams, of Monroeville, died Thursday after a long battle with colon cancer. She was 56.

A native of Cleveland with a degree in business administration from Cleveland State University, Mrs. Williams moved to Pittsburgh in 1993. She worked as a recruiter in the Human Resources Department at the University of Pittsburgh.

“There are so many positive adjectives that would describe her — patient, kind, loving, dedicated,” said her friend and co-worker Margie Schneider. “She was extremely proud of her family, all of her children.”

Mrs. Williams is the mother of one daughter and five sons, including Oscar-nominated actor Terrence Howard.

In a statement released to People magazine, Mr. Howard’s representative said, “Terrence will take some time to privately grieve with his family. He appreciates everyone’s support during this difficult time.”

While living in Los Angeles in the late 1970s, Mrs. Williams, who loved to sing, almost became part of a girl group, but it never got off the ground. Mrs. Williams worked for a time at ABC, where she encountered a number of celebrities.

“One time she met Stevie Wonder and she went to his house and they sang at the piano,” Mr. Williams recalled.

She also met music icon Prince before he made it big and football greats Lynn Swann and O.J. Simpson.

“When O.J. came in, the women were swooning, everybody but her,” Mr. Williams recounted his wife telling him. “She thought he was handsome but cocky.”

Mrs. Williams may have been a bit starstruck by the famous people she met, but she didn’t let on, her husband said.

“She didn’t run up for autographs because she said, ‘They should be asking for my autograph.’ She would play it cool, but afterward she’d get excited.”

Mr. Williams said he and his wife met when he was doing a play in New York with her grandmother, Ms. Gentry, who had appeared on Broadway in a number of productions, in films such as “Bad Lieutenant” and on television shows, including “Law & Order” and “The Cosby Show.”

At the time, Mr. Williams was an actor and model whose face appeared on a number of billboards in the city, he said.

The couple married in 1985. Several years later, they moved to Mr. Williams’ native Pittsburgh with their two young children. He works at Pitt’s Center for Instructional Development and Distance Education.

“We spent a lot of time eating food, drinking coffee and talking about the arts,” said Gladys Edmunds, a close friend for 10 years. “We just spent time sharing each other’s ideas and philosophies about life. … We would debate over who was the best singer.”

“I just felt she was genuine,” said Mrs. Edmunds, “And there aren’t very many people like that.”

Visitation will be from 2 to 4 and 7 to 9 p.m. Monday at the Gene H. Corl Funeral Center of Monroeville and from 10 to 11 a.m. Tuesday at Covenant Church of Pittsburgh in Wilkinsburg. Services will begin there at 11 a.m.