You are here: Home / film, documentary, theater, arts / I’m 2 for 2 on Maurice Jamal films. The Ski Trip was another netflix gem. 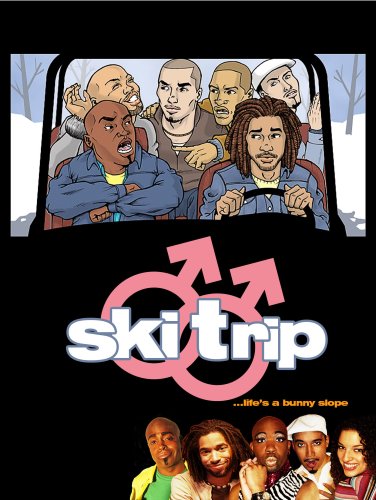 After learning (thanks CutSleeveBoy) that Maurice Jamal had a new tv series that was a spinoff from his movie “The Ski Trip,” I was all about getting hip to the movie to see if the series (tv series… The Ski Trip 2:  Friends and Lovers) would be worth watching.  It was already on my netflix list, but I moved it up to the top of the queue last week so I could watch it.

I must say that The Ski Trip was a really good flick.  Great, fun storyline with the classic independent film campy vibe.  I’m the type that doesn’t need special effects make a story more interesting, rather, the story itself needs to be well conveyed to hold my attention.  That’s how classics are still classics, right?  I could watch Sydney Poitier in “A Raisin in the Sun” over and over and over again.

Anyhooz, gay or straight, who hasn’t dreaded turning 30?  Who hasn’t had their heart broken?  Who hasn’t missed love staring you straight in the eye?

It made me wonder about and long for a black gay BFF.  I could be like the black Kathy Griffin…LaKeisha Graves!  😎

Here’s a synopsis from wikipedia…
The movie follows the exploits of a group of African-American and Latino gay male and lesbian friends. Maurice Jamal’s character, Corey Brown, is about to turn 30 and he’s just lost his job. And to top all the madness, he’s been dumped by the man of his dreams. Content to wallow, Corey is pulled screaming from his sorry state by his best friends, queen diva Terry and lesbian gal pal Nikki, who arrange for a weekend trip away from New York. Joining this trio are handsome Omar, who clearly has a thing for Corey; Byron, young and full of attitude; his trick, muscle stud Tyson; and slutty friend Carlos. But when unexpected guests arrive and secrets are exposed, this raucous trip becomes anything but relaxing.

Maurice, you got me hooked!

I couldn’t find the trailer on youtube, but follow this link to a NY Times mini review and you’ll see a link to watch the trailer (THE SKI TRIP- 2004)

Oh, did I forget to tell you that Haaz Sleimann is hawt?  😉