You are here: Home / ifelicious music / Ifelicious play by play on the 2008 MTV VMAs 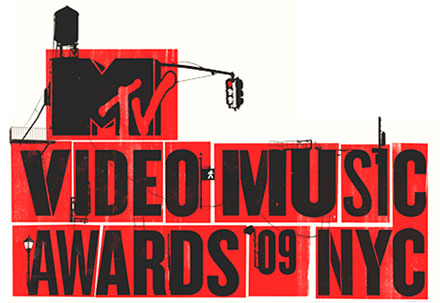 I’m watching the VMAs right now, so I’ll be updating this periodically…I think…

Here’s my 2 cents so far

First of all, Britney’s appearance was EXACTLY like what I predicted in my post BRITNEY TO OPEN BUT NOT PERFORM AT THE VMAs, she did some stupid little sketch to show off her poor acting instead of poor performing skills.  Yes, she does look better, and I can only pray that things are on the up and up for her.

When she got to the stage, she was nervous and spoke a mile a minute, but I know this was an important moment for her, so yeah Britney!  You did it!  Yawn…

for “Piece of Me” after never receiving any in her career????  This was clearly not a stellar year for her.  I won’t even go there with wondering what she did to land the moonmen…lol MTV, you could’ve supported her in different ways, and award her when it was deserved, really deserved.

Rihanna’s performance of “Disturbia” was dope!

Her next performance of that song “My Life”…eh…neither here nor there.  She’s growing on me, although that song “Umbrella” still drives me nuts.

Russell Brand was so funny with his V.I.L.F. comment…

…about Sarah Palin (Vice Presidents I’d like to f***), and he’s soooo right about that poor boy who’s been tossed into the spotlight for knockin up Palin’s 17 year old daughter.

…nice idea in concept but she really does not have the voice, which concerns me because I don’t think that song requires a major super vocal skills.  It would’ve been nice to have her perform with half a century old Madonna onstage, but perhaps they tried that and Madonna simply refused to compete with her fake British accent against comedian Russell Brand’s AUTHENTIC accent.

Ditto for Paris Hilton’s new BFF show.  Plus, her appearance was very reminiscient of the same ole pre-jail bird Paris.  What happened to hugging little hungry babies in Africa?  Game over on that??

Thanks to Lil Wayne and T-Pain.  I’m still in love with Lil Wayne’s song “A Milli”.  It always gets my head noddin’ like a rockstar!  🙂

She TOTALLY rocked it out with her song “So What”.  Awesome staging.  It was like watching a video while she performed.  As you know, if you read my posts, that is sooooo my fav power chick song right now.

Whoa!  Ok, you go girl with your promise ring comment! Way to defend the Jonas Brothers. However, I caution you to be kind to your web footed friends.  What might we be saying if you become the slut you are shunning?  I like you, so I won’t come down too hard on you.  The VMAs are packed with racy comments.  Blah, blah, blah…

You did send Russell Brand backpedaling and off his game as he tried to make nice.

However, in looking at his comments in a clip after the show, I don’t think Russell was that over the top..but that’s just Ifelicious talkin’.

Get Your Head in the Game!

(don’t laugh, i have a notebook with a picture of the cast and that saying that i carry around at work)

The HS Musical crew is so cute.

Looking good post baby and brought it with her performance as always.  Lovezz her! Go back to dark/brunette tones.  Mucho cuter on you, chica!

If you don’t know about her or her music, get hip to her.  She’s awesome!

Kid Rock– not a fan but he performed well, I guess.  “All Summer Long” is doing well this summer.

…how apropos!  Love him or hate him, this man is talented and has had a rough year with the passing of his mum (gotta join the British bandwagon hee-hee!)

What was the song he performed?
UPDATE 9/9/08:  found the song name on vibe.com, it was called “Love Lockdown”

Perez Hilton has really glammed up from his early blogger days, eh?