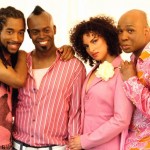 I didn't want to pop this into my last post about this show because I already had so much stuff in there, but please peep the trailer.  This show looks like it's going to be good!  The series will be on tv this Fall, however, Maurice is not spilling the beans regarding the network that has picked it up.  I'll be sure to post once he makes the announcement. Here's an … END_OF_DOCUMENT_TOKEN_TO_BE_REPLACED

First of all, this is such an AWESOME graphic that I have to say that I found it from Pop-Culture Junkie...now whether or not it originated from there, I do not know, but I tried to give some credit. Awww!  My favorite mama is back, y'all!  Even Diddy had to recognize that that lady MAKES the show.  Fierce!  Lovez it!  She's super hot to me.  A powerful woman is the epitome of … END_OF_DOCUMENT_TOKEN_TO_BE_REPLACED 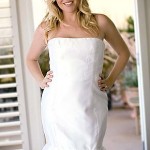 UPDATE 9/5/08 3pm:  I had to shrink that picture of Beth because she annoys me THAT much.   I almost want to the delete the post...but I won't.  Maybe I'll go surf for someone that people hate, but I love to love and that's Coral.  Ya, that's the ticket. I guess Beth will be laying low on those RW/RR challenges in order to enjoy her marital bliss with Matt Ciriello and the … END_OF_DOCUMENT_TOKEN_TO_BE_REPLACED