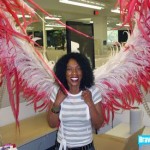 Gee, that office looks so familiar.  ;-) So, as you know, I'm not caught up with this season yet, but of course it caught my eye to read that Terri currently lives in Columbus, Ohio and works for Victoria's Secret Stores (that's VSS to people in the know). There!  I gave love to VSS and Columbus in the same post.  I think I've done my random act of kindness for the … END_OF_DOCUMENT_TOKEN_TO_BE_REPLACED 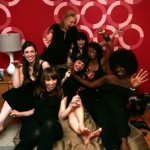 I accidentally ran across Project Runway in the middle of the night on Bravo and realized it was a new season.  I must live under a rock (or on my blog and the internet).  My dvr should've picked that up but it's Time Warner, they had some upgrade a while back, some settings got deleted, blah, blah, blah!... I got really attached to the last season, so it'll have to be an … END_OF_DOCUMENT_TOKEN_TO_BE_REPLACED 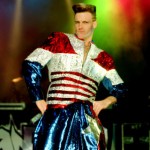 So I get my sorry ass ticketmaster alerts for Columbus, OH and lo and behold who do I see is coming through Chillicothe (that's out in the super boonies for those of you not familiar with this area.  i only know of it because i met my doggie's breeder at a Bob Evans...yes, Bob Evans...with my girl Lala Tamago to pick up my fluffy bundle of joy.). My life officially sucks when … END_OF_DOCUMENT_TOKEN_TO_BE_REPLACED