You are here: Home / ifelicious tv / Gs to Gents / Up close and personal with From G’s to Gents and DaCav5’s Mikey P

Ok, so he wasn’t enough of a Cinderella story to go from a G to a Gent, but us pop junkies got our first real glimpse at the man who is Mikey P. So, for those of you, like myself, who are new to meeting his acquaintance, I just had to know what this six pack, gel spiked hair, hunk of south Jersey love was all about. Don’t fret, we’ll be catching more of this pop eye candy as he hurls his triple threat (rapping, acting, modeling) to superstardom.

Now, with that lesson behind us, let’s see how the hell Mikey P found his way onto the cast for this show.

“One day I was sittin’ on MySpace and it was like one o’clock in the morning and I got a message from an MTV casting director who said I would fit the show…all of a sudden I was in LA.”

As I poke and prod over the phone at this specimen who still had me scratching my head at the thought of him being a true G, I asked him about his naughty side.

“I’ve got a bit of attitude problem I guess you could say. I’m a boxer. I’m a wrestler. A little bit of a mean streak…but I’m a nice guy, I swear…I just don’t take shit.”

While I type this post, I’m watching episode 2 and see my boy Mikey P (’cause you know he’s my boy now…lol) get 2 black balls and then the boot from Fonzworth <insert Debbie Downer noise>

Ok, out with a third of my interview notes. However, do not fret fans, we had much more to talk about.

Wait! Before I move on, I must make this point very clear.

MIKEY P DOES NOT IRON HIS UNDERWEAR!!! 😎

…per his bio on MTV. Rather, he is 100% genuine bachelor living in a bachelor house with four other bachelor friends (no, not from DaCav5) outside Philly these days. My boy doesn’t even own an ironing board (and no, that is not a cue for you obsessive groupies to go shipping him ironing boards…although even that thought briefly crossed my mind as well…hee hee!).

Moving on to Mikey P and his music.

First off, I lovez me some music, and I’m always down to hear a new sound. DaCav5 is so many things wrapped up into one group and certain to take on the pop circuit and club circuit by storm. Hip hop? Well, you know us black folk ain’t always so welcoming of the multifaceted when it comes to our hip hop. They’ll have to bring it hard to get the true cred or be willing to straddle the fence and take their hip hop licks for doing so like Ja Rule and Will Smith. But I’m not hatin’ on those bros because they’ve got money in the bank to show for it.

As we continue, I ask Mikey P how he got involved with DaCav5.

“The group was actually established back in like 2000. I didn’t get picked up with the group until almost like 2005. I’m not the newest member, but I’m like a newer member…They broke up, and then all of a sudden, like me and one of the guys from the [original] group BRoc was makin’ remixes for Q102, one of the stations that I work at [in Philly]…So he [BRoc] came up with the idea of getting the group back together with…new members and me being a part of it.”

So what’s DaCav5’s style of music?

We get to chatting about Lil Wayne‘s success, and I ask Mikey P if he’s looking for the same level of success with DaCav5.

“I wanna take it above and beyond that because like with our group, we’re like the United Nations. We have so many ethnicities and…different personalities. We could touch like every type of fan…We’ve made rock songs, trance songs, just straight hip hop, straight pop songs.”

Before the interview I had taken a quick listen to Mikey P’s “July 15th Freestyle” that he had posted up on his myspace page. You should take a listen. His sound and delivery is very similar to Eminem.

“I get that comparison a lot. It’s just my delivery and the fact that I have a higher pitched voice…He’s my favorite rapper…I got three people I listen to in my tape deck- Gym Class Heroes, Eminem, and Lil Wayne. They’re my peoples…”

“We just started making tracks on our own. We made this song that became so popular…Tetris…The song just got so popular we just starting growing off that. It’s so weird. That was honestly a song we just did like as a joke.”

Destiny is some funny shizz y’all. The Good Man Above has a way of just flipping a switch to make things happen just when you least expect it.

Do you all write all of your own songs?

“We all write our own parts to the songs. We all assist each other in writing. It’s a group effort, so we all have to be on the same page. Like if something doesn’t sound right, we switch up, we work together to make everything sound intact.”

With his recent break on From G’s to Gents, I wondered if he ever had plans to do more or even go solo.

“I’m trying to be a jack of all trades…My main focus is obviously music, but I love doing acting. I don’t particularly love modeling…I have a great photographer that works with me all the time and helps me get my portfolio up, and I can’t be mad at that….

We all make solo songs…We can all do it ourselves, but we like to do it together because it’s more impactful…We like the response that we get as a group rather than like solo stuff. That’s…a path we want to take.

I just did ‘Transformers 2’. I got a featured extra role in that movie. I playe a quote-unquote hot college guy which was pretty cool…went to Princeton University, and I shot like 14 scenes so I’m excited for that to come out.”

Mikey P – The Man Behind the Curtain

Everyone has their equivalent rags to riches story, and Mikey P is no exception. This boy has been working on Philly’s radio station Q102 for several years now and also works part-time at a gym to pay the bills. And, yes, ladies he’s on the solo tip these days, although I’m sure he has a couple of acquaintances in his back pocket for a rainy day, you know? You gals can whore yourselves…oops! I mean introduce yourselves (excuse my French…lol) to him on .

“When you work in a gym you just can’t not work out. At least for me, I can’t…My dad’s trained me to work out…I work out six to seven days a week, probably like two to three hours a day…My dad threw me a weight bench when I was like eleven years old…I pride myself because I’m all natural. I don’t take steroids or stuff like that…I just can’t do it, plus, I think my dad would kill me if I did.” (laughs)

While you might not sense it from what I’ve written in this post before now, it quickly became evident to me while we talked that Mikey P lovez his papa.

“I look up to my dad with pretty much everything. I take his advice, and I use it wisely.”

Awwwww! Such a family guy. Sniff-sniff! Break out the kleenex ladies, and give props to pops!

Mikey P got started in the rap game during high school.

“I’ve been writing raps and poetry since I was like a freshman in high school. I was the kid in English class that would write the best essays.”

We need to get this man up on open mic night!

Forgive my Eminem reference again, but I can’t get the song “Lose Myself” out of my mind as I think of Mikey P taking the stage before a performance. So, I asked him if he gets nervous or has any rituals.

“Before I perform, I guess I try not to talk to anybody. I kind of like just to sit to myself and just think about the performance. Afterwards, I talk to everybody. I’m real talkative, but like before, I’m not talkative. Like I hate when people try to have conversations with me right before I get on stage.”

Along that vein, I asked if Mikey P had any particularly embarassing moments while on stage.

“I’ll put myself out there. That one song we have ‘Tetris.’ There’s this one part that, I swear to God, every time I hear that song I just like (he pauses and I can hear the tension in his voice), I don’t forget [but] I mumble the words because I’m rappin’ so fast. I completely forget how I say it all the time.”

Well, it’s about time for my Porky Pig moment. I did my best to share as much with you as I could while not going too far into “noveliciousness” with ten thousand word essays and shit. There’s a little more in my reserve so we’ll see how the wind blows, and maybe I’ll do some follow up posts. Thanks to Mikey P who was indeed a true gentleman and so easy to talk to on the phone and also to Dove from Tygereye Entertainment who hooked me up with this interview.

For more Mikey P and DaCav5 check my posts:

and to save you some clicks, here’s the myspace pages…

Update 7/25/08- since Chico’s link to the Tetris video didn’t embed in his comment, I’m posting it here. 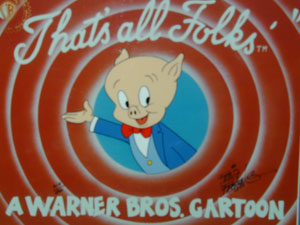