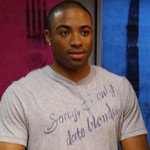 OMG!  Who would've thought that they'd replace Joey and Greg with Nick and Brittini?  Ok, so my secret's out...I'm still watching the show.  I just couldn't stop even when it was just ridiculous.  So far, Nick and Brittini seem like well adjusted, closer to average black people.  Who would've thunk that?  We really aren't strippers and womanizers.  And Brittini has a natural … END_OF_DOCUMENT_TOKEN_TO_BE_REPLACED 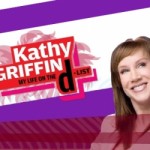 I flipped past my MTV equivalent for my creative side, Bravo, and noticed a new episode of Kathy Griffin's "My Life on the D-List".  I sooooo forgot about it.  What a bonus...especially after some crappy Indian food tonight.  Yummy silly tv for my silly soul.  I totally heart Kathy, but some of you out there may know that I have a thing for funny, rambly women...hence, my love … END_OF_DOCUMENT_TOKEN_TO_BE_REPLACED