You are here: Home / ifelicious tv / the hills / Will Heidi upstage LC on her own show? 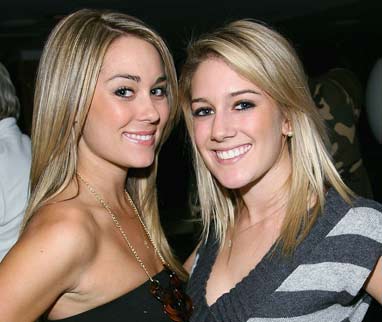 I’m still Team LC, but I’m happy to see Heidi grow some balls to go with her boob job and mediocre voice. 😉 I’m such a hater, I know. I do think she’s prettier than Lauren. Ouch! That hurt to come out of my mouth. Does that help you silly Heidi fanatics?

And it hurts even more to say that I think Heidi might actually upstage Lauryn on her own show. Her bitchy” backstabbingness” is kind of winning me over. Lauryn plays the victim a lot, and I’d like to see the show show (that was weird) more of her confident, does her own thing side.

Uh ohhh! Heidi’s becoming an “it” girl! I’m watching MTV Hits channel and she’s on TRL. You know that’s code for becoming an IT girl. OMG!  Nelly just came on to rap with Heidi.  Aaaaaah! I had to hit the mute button! No, for Heidi (ha ha!). Must-find-on-youtube…just as horrible as brittney spears MTV awards performance.

Here it is. Watch in all of it’s hideous, but you can help but look, glory.

Watch out! I smell a spin-off! Who gets Audrina? Who will get Stephanie?