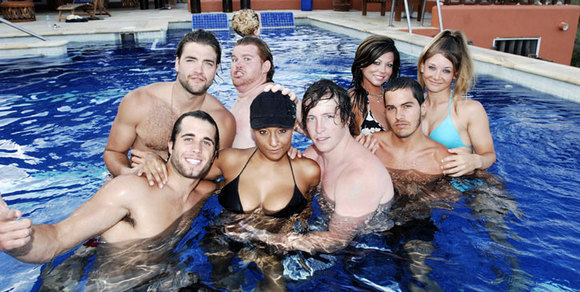 As much as I can’t stand Christian Siriano, the Gauntlet 3 reunion show was indeed FIERCE!!! I used to hate Coral but I’ve grown to like her over the years. Same with Katie. I think it’s because I’m personally identifying with their rage right now.

In any case, the RR/RW challenges have become my favorite MTV show. I love the competitiveness, backstabbing, and all the dramz that comes with each and every season. Let’s face it, you gotta love Beth. She’s the original Omorosa, and she brings her bitchassness every time.

Speaking of Beth…where the hell was half the cast? I was DYING to see Brooke and Evie face off. I mean how much better can tv get than a southern belle with “issues” turned fake lesbian? Even her departure during the season made my panties wet! 😉 As good as the reunion show was, it could have been so much better with some more of the cast on the show.

The Rookies absolutely sucked to the point where I thought the producers would have rigged some challenges or wheel spins just to throw them a bone. I almost wondered why they aired the season until I saw the finale. Poor Eric, he literally looked like a fish out of water as he reached near stroke status. It brings back pleasant memories of catching bluegills on fishing trips with my dad growing up.

What did y’all think?