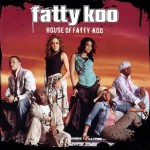 So the one morsel of excitement of moving to Columbus, Ohio, other than getting a geeky job but at a cool fashion spot, was that maybe I could finally find out what happened to Fatty Koo. For those of you who don't know, there was a reality show on BET that was actually good and didn't seem like a cheap knock-off from MTV. It showcased this up and coming (at least I thought … END_OF_DOCUMENT_TOKEN_TO_BE_REPLACED 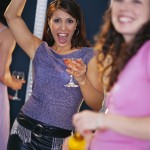 My gal pal here in Columbus, Ohio was soliciting songs for a girly cd. I think she only wanted a few suggestions but so many songs came to mind. Here's the list of what I sent... from the album "It Ain't Nuthin' But A She Thing"... "The Weakness in Me", Melissa Etheridge "Don't Smoke in Bed", Patti Smith from the album "Waiting to Exhale" soundtrack... "Not Gon' Cry", … END_OF_DOCUMENT_TOKEN_TO_BE_REPLACED